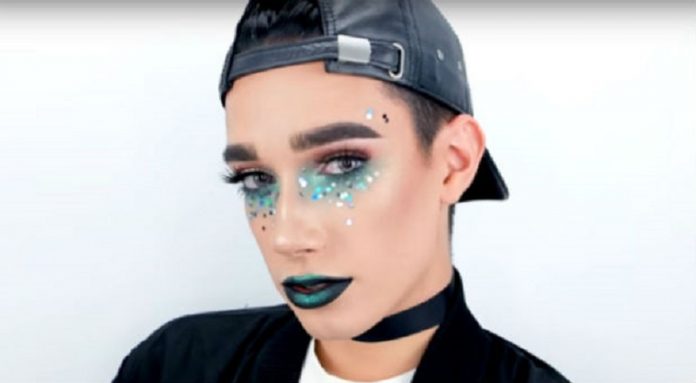 Meet the newest face of CoverGirl magazine: James Charles, a high school senior from Bethlehem, New York. He lives with his parents and does make-up for friends in his spare time. In the last year, he has amassed nearly 600,000 followers on his Instagram account and more than 80,000 subscribers to his YouTube channel. According to The New York Times, Charles “posts tutorials for creating fake freckles or layering chunky glitter around the eyes.” (I assure you, I’ve never typed those words before.)

The Times asked Charles what he thinks about where America is on gay rights and gender identity. His response: “The place we’re in is phenomenal compared to where we were a few years ago. We’ve made so many amazing progressions with gay rights, gender inclusivity and self-expression. But I think we still have so, so much longer to go. A lot of people still don’t support or understand it.”

I understand the sexual revolution of our day. That’s why I don’t support it.

I’ve written widely on homosexuality, transgender issues and the sexual revolution. (For more, see my latest book, 7 Critical Issues: The State of Our Nation.) My point today is not to address these issues yet again. Rather, it is to speak a word of encouragement to those who, like me, are troubled by the moral direction of our culture.

In response to the anxiety of our age, we’re flooded with articles and books on finding happiness. A recent Time article is one example: listen to music from the happiest time in your life; smile and wear sunglasses (squinting can cause your brain to think you’re unhappy); focus on goals; get good sleep; and resist procrastination.

All good advice. But we need help not just for our emotions but for our souls. I’d like to offer three biblical reminders.

One: Our world is no more fallen than it has ever been.

Would you trade our culture for slavery in Egypt, exile in Babylon or subjugation by Rome? Would you rather live in the feudal, plague-swept Middle Ages? What about the Roaring Twenties with their gangster violence? The Thirties and the Great Depression? The Forties and world war? The Fifties and the constant fear of nuclear war? The Sixties with Vietnam and the sexual revolution?

I’m not trying to minimize the grave moral dangers of our day, only to point out that human nature doesn’t change. Every age has its challenges and fears. Ours are deeply troubling, but they comprise just one chapter in the long story of human depravity.

We should expect the fallen culture to behave like a fallen culture. Scripture is clear: “The natural person does not accept the things of the Spirit of God, for they are folly to him, and he is not able to understand them because they are spiritually discerned” (1 Cor. 2:14). We can be shocked by the direction and momentum of immorality in our culture, but we should not be surprised.

Satan could offer Jesus “all the kingdoms of the world and their glory” (Matt. 4:8) because he is “the god of this world” (2 Cor. 4:4a). He has “blinded the minds of the unbelievers, to keep them from seeing the light of the gospel of the glory of Christ, who is the image of God” (v. 4b). Lost people are not the enemy—Satan is.

Three: Our hope is not in the present but in the future.

Paul testified, “For I consider that the sufferings of this present time are not worthy to be compared with the glory which shall be revealed to us” (Rom. 8:18). This doesn’t mean that we should withdraw from the culture into “sacred subdivisions” in the company of like-minded believers. Jesus called us the “salt of the earth” and the “light of the world” (Matt. 5:13-16)—neither does its job unless it contacts that which it is intended to transform. But our security and hope are not in fallen people, ourselves included. They are in the One who is “the same yesterday and today and forever” (Heb. 13:8).

So be encouraged. The God who redeems all He allows is at work in this fallen world. You and I are truly the body of Christ (1 Cor. 12:27), His physical presence in our culture. All that Jesus did through His body 20 centuries ago, He can do through His body today (John 14:12).

Years ago, Rob Bell published his controversial book Love Wins. The story of our age has a better title: Jesus Wins. Guaranteed.

DAYS OF NOAH AND LOT

CWW7NEWS - March 23, 2017 0
A male student at a Pennsylvania high school and his parents have filed suit against their school district after a female student was allowed...
Days of Noah and Lot

DOLL BASED ON TRANSGENDER TEEN TO DEBUT AT NEW YORK TOY...

CWW7NEWS - February 10, 2017 0
A New York doll maker says it will be selling what it believes is the first transgender doll on the market. The doll is based...
Christian News

CWW7NEWS - January 26, 2017 0
The U.S. Supreme Court has turned away a challenge to Utah’s anti-bigamy law brought by the polygamist stars of the popular reality television show...
Days of Noah and Lot

NAKED restaurant opens in Spain – customers can eat dessert off...

CWW7NEWS - January 25, 2017 0
If you have ever been discouraged from going to a restaurant because you have to get dressed up, then we have news for you. A...
Days of Noah and Lot

CWW7NEWS - June 15, 2020 0
Chinese officials forcibly removed the crosses from more than 250 churches in one region early this year even though the congregations are...

CWW7NEWS - June 15, 2020 0
At least 81 people in a nomadic village were killed by militant extremists on Tuesday morning, according to authorities in the Borno...