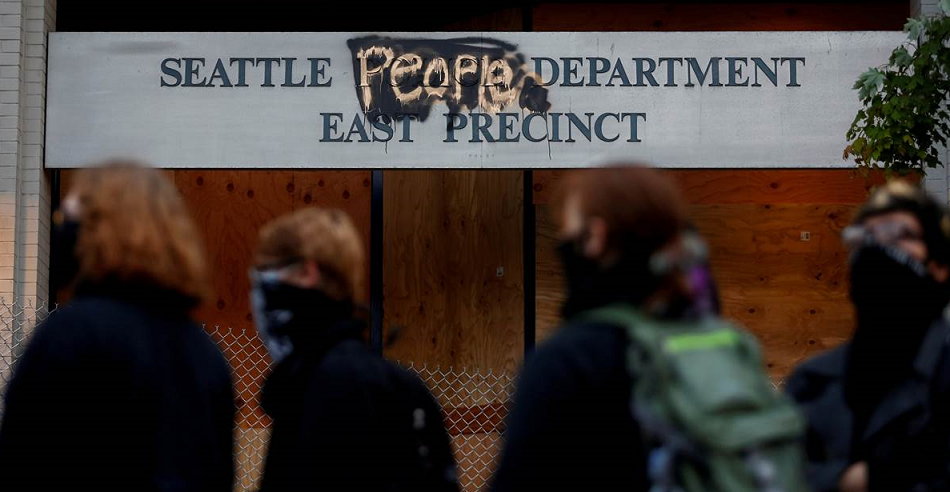 Details on the shooting are scant, but Newsweek reports that “Seattle Police Department radio dispatchers received multiple reports of three to six gunshots around 2:20 a.m.”

The New York Post reports that both shooting victims were driven to a hospital in a private vehicle, but Newsweek noted that police recovered “the second victim [who] had a gunshot wound to the arm and chest.”

The Post cited a local blog post and reported that “a security employee working in the area reported seeing the shooter arrive in a black SUV and a 911 caller told police a man left the vehicle toting a rifle in the early morning hours at the end of Juneteenth celebrations.”

The Seattle Times reported that both victims were treated at Harborview Medical Center, where one of them died.

Seattle police abandoned the area now known as the Capitol Hill Autonomous Zone (CHAZ) in early June after Eastern Precinct Police Headquarters were set ablaze. KIRO7 reports that police have since limited their responses to situations that “threaten life and safety.”