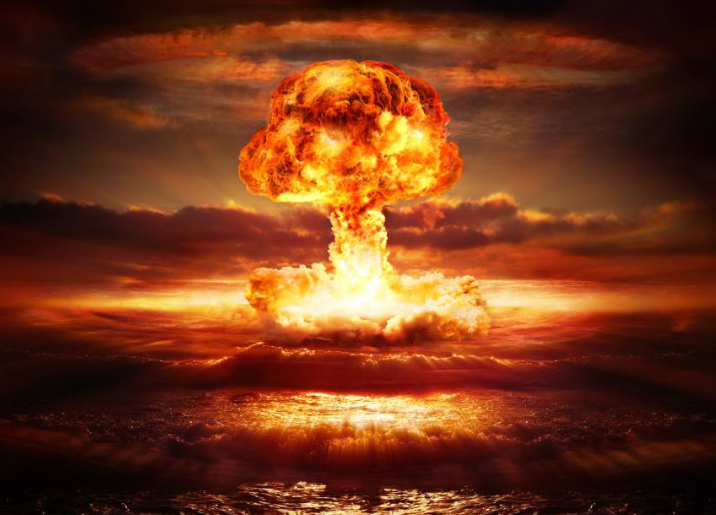 Yellowstone hasn’t erupted for hundreds of thousands of years. But that hasn’t stopped scientists from constantly monitoring the supervolcano amid fears Yellowstone could be about to blow, with dramatic consequences. Although there is only a tiny chance of another eruption, experts want to remain aware of even the smallest changes at the volcano’s caldera.

There have been various stories on what would happen if a nuclear bomb was dropped on Yellowstone supervolcano.

But the USGS has disputed anything actually happening if this did in fact happen.Michael Pond, geophysicist with the US Geological Survey and Scientist-in-Charge of the Yellowstone Volcano Observatory, said: “YVO has noted, with some amusement, tabloid headlines about various diabolical schemes to trigger an eruption of Yellowstone by nuking the caldera. “If you find these crazy schemes somewhat unnerving, please don’t be concerned – such a plan has zero chance of working!

“You see, unlike science fiction stories, in which nuclear weapons seem to be the cause of, and solution to, many geological catastrophes, science fact tells us that you aren’t likely to trigger a Yellowstone cataclysm with a nuclear weapon.

“How do we know? It’s because this experiment has already been tried.”

Earthquakes release large amounts of energy, the equivalent or larger quantities than a nuclear bomb.

The strongest earthquakes – above magnitude 9.0 – release the energy of nearly a 2,000-megaton nuclear.

The strongest nuclear test ever was a 50-megaton explosion conducted by the Soviet Union in 1961.

In 1975, the largest earthquake was recorded in the region, measuring magnitude 7.3.

The Hebgen Lake earthquake happened on the western boundary of the park at a depth of about 10km (6 miles).

The earthquake released more energy than a 2-megaton nuclear weapon – 100 times larger than the atomic bomb that destroyed Hiroshima in 1945 and equivalent to an average hydrogen bomb.

The Hebgen Lake earthquake struck next to Yellowstone’s largely solid magma body, so most of the energy was transmitted directly into the rock.

In a nuclear attack, the detonation would occur above ground, so the majority of the energy would be released into the air.

Yellowstone did not erupt after the magnitude 7.3 earthquake, the only impact was on some hot springs and geysers due to the shaking.

Mr Pond said: “Studies of the geology of the region indicate that there have been at least three strong earthquakes on the fault in the past 15,000 years.