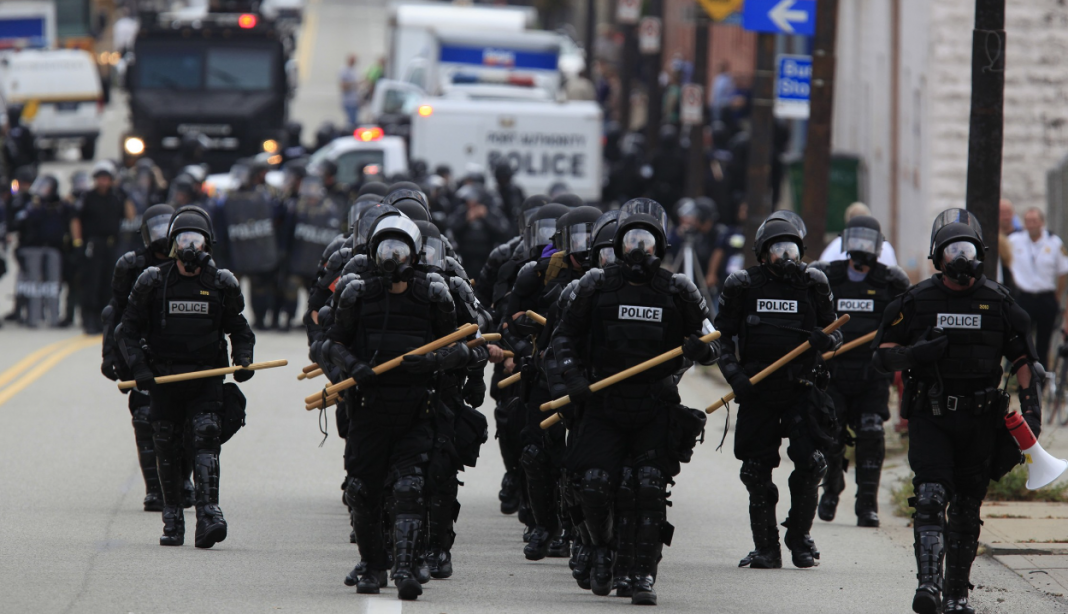 Police officers are being demanded to go above and beyond their typical call of duty to handle ongoing protests and unrest, even as political figures are calling for their departments to be defunded or abolished entirely. In Chicago, officers were reportedly ordered to work 12-hour shifts with no days off until further notice. All the while, critics — including elected officials — want to strip them of funding.

“This police system in Chicago and in the country is beyond repair, and so it’s absolutely within reason for people to say that we should tear this system down and start over,” Democratic state Rep. LaShawn Ford of Chicago told reporters outside police headquarters earlier this month, according to the Chicago Tribune.

The Chicago order took effect as tension is still high in the country following the death of George Floyd in Minneapolis after a white cop kneeled on his neck for nearly nine minutes, and two days after Rayshard Brooks, a 27-year-old black man, was shot and killed by a police officer in Atlanta on Friday — in what was ruled a homicide.

Officers were already working more demanding schedules in recent weeks in response to protests, violence, looting, and civil unrest in parts of the city, as Mayor Lori Lightfoot imposed a 9 p.m. curfew and called in the National Guard for assistance, the Tribune reported.

Former Chicago Police Department Superintendent Garry McCarthy said in a WGN radio appearance earlier this month that the city “got caught with our pants down,” saying police should have used a report created after protests at the 2012 NATO summit that is now “on the shelf somewhere in police headquarters.”

“You could implement it today, and it would help control what is happening today,” he McCarthy said.

Meanwhile, in Seattle, demonstrators took over a portion of the city now referred to as the Capitol Hill Organized Protest (CHOP) zone after police boarded up and abandoned a precinct building amid protests. While Police Chief Carmen Best lamented to move to leave the precinct, saying it was “not my decision,” Mayor Jenny Durkan told CNN that it could result in a “summer of love.”

Britt London, president of the Phoenix Law Enforcement Association, expressed frustration that what happened to Floyd in Minneapolis has sparked off widespread anti-police movements across the country.

Over the last two weeks, thousands of demonstrators have been gathering regularly in downtown Phoenix to protest police brutality, as the city has faced calls from critics to disband police or redirect funding from law enforcement operations to community development programs.

“Phoenix is not Minnesota,” London said. “We’re not Minneapolis. That incident occurred 1,200 miles away. You can’t blame everyone for that incident.”

Demonstrators were focused on an Arizona incident, but one with details different from Floyd’s death. Dion Johnson, a black man who was fatally shot during an encounter with an Arizona Department of Safety officer along a freeway on May 25, was accused of physically struggling with an officer.

Authorities said Johnson grabbed one officer, who then pulled his weapon and ordered Johnson to follow his commands. Johnson obeyed at first, investigators said, until the officer began putting his gun away. Johnson allegedly grabbed for the weapon before the officer fired.

Calls to defund or disband police have reached Washington, D.C., with Minnesota Democrat Rep. Ilhan Omar saying the Minneapolis Police Department is “rotten to the root.” She told CNN the department is beyond reform and should be completely rebuilt because “the current infrastructure that exists as policing in our city should not exist anymore.”

Not all Democrats are in favor of such drastic measures. Presumptive Democratic presidential nominee Joe Biden’s campaign said he “does not believe that police should be defunded.”

Sen. Cory Booker, D-N.J., said that he did not support the movement and said that while he understands “the sentiment and the substance behind the slogan … it’s not a slogan I’ll use.”