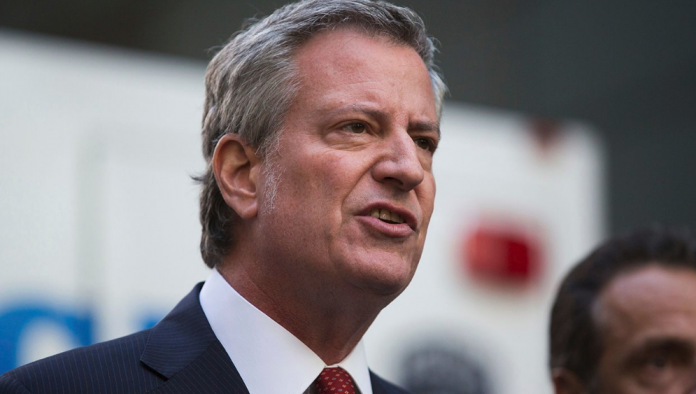 Mayor de Blasio will jump into the 2020 presidential race next week, according to four people with knowledge of his plans, entering a crowded field of 21 other Democratic hopefuls and two Republicans — dead last.The 2020 kickoff could come as early as de Blasio’s birthday on Wednesday, when he’ll turn 58, two sources said.

And not a second too soon. The last-minute announcement has many politicos scratching their heads.

“Whatever theoretical bases he may target are already being courted by nationally recognized figures,” one of the sources said. “He may have a shot if every Democratic candidate is caught sending racy selfies to minors.”

De Blasio has said he wouldn’t run if he didn’t think he could make it all the way to 1600 Pennsylvania Ave.

“I was the underdog in everything I’ve ever been near, and I’m not saying that with any hubris,” the mayor said Thursday. “Any time I get in a race I get in it to win.”

De Blasio’s been laying the groundwork for a campaign for months, traveling to key early voting primary states across the country and moving staff from City Hall to work for his federal political action committee. His Fairness PAC has been polling potential Iowa caucus-goers. The PAC also bankrolled the mayor’s recent travel to Nevada, Iowa, New Hampshire and South Carolina, where he practiced stumping before sparse crowds.

Fairness PAC spokesman Mike Casca — who took an unpaid leave of absence from City Hall last month to work for the committee — said “no decision” has been made yet but wouldn’t explicitly deny that de Blasio was announcing a campaign next week.

“Very hard to announce something without a decision – nearly impossible, some might say,” Casca said in a text message on Friday, which is his last day working for the PAC. Casca won’t be returning to City Hall, either.

Two other City Hall staffers — deputy press secretary Olivia Lapeyrolerie and deputy director of executive operations Alexandra Kopel — will take leaves to work for the PAC and use their vacation days. De Blasio’s intergovernmental affairs director Jon Paul Lupo is already using time off to work on the nascent campaign.