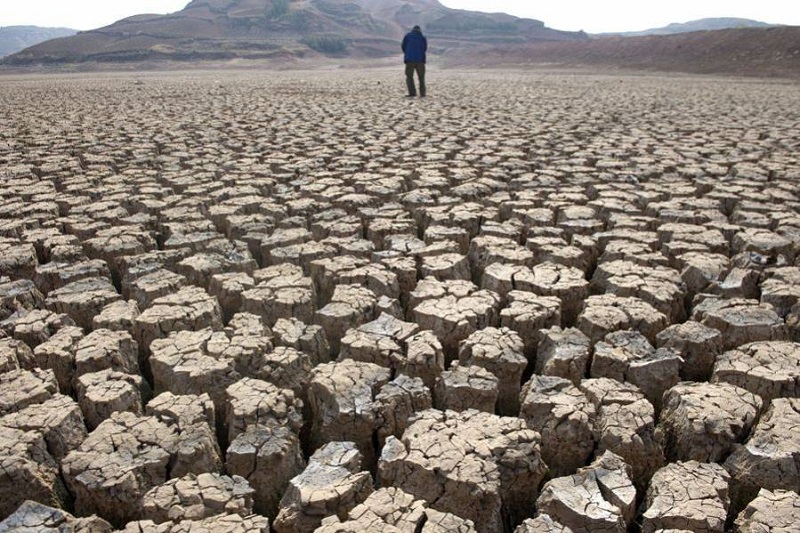 Drought is rearing its ugly head across the U.S. this fall, scorching crops, fueling wildfires and forcing strict water conservation in the West, South and Northeast.

More than one-fourth of the nation is experiencing drought conditions, the highest percentage in nearly a year, according to this week’s U.S. Drought Monitor released Thursday. In all, some 128.7 million Americans are currently living in drought-stricken areas.

Drought emergencies or warnings have been declared in states from Alabama to New Jersey, while bone-dry California enters the sixth year of its extreme dry spell.

The Southeast is seeing its worst drought since 2007-08, with the most intense conditions in northern Alabama, northern Georgia and southern Tennessee.

In Alabama, 46 of the state’s 67 counties — more than two-thirds — are in a drought emergency. Agricultural conditions remain dire across the state, the U.S. Department of Agriculture said this week, as ponds and streams continue to dry up and formally lush pastures vanish.

Levels are continuing to slowly decline at most major reservoirs in Alabama, and the fire danger risk remains extremely high across Central Alabama. A whopping 900 fires were reported in the state in October, the Alabama Forestry Commission said this week.

It hasn’t rained in Birmingham, Ala., for 46 straight days, including the entire month of October, the National Weather Service said. In Mobile, it hasn’t rained in 38 days, the city’s second-longest dry spell on record.

“I’ve never seen anything this severe in my life,” Georgia farmer Thomas Bridges told WSPA-TV. “It is just incredible how dry it is here. We don’t seem to have any grass in our pastures. Everything is just devastating.”

Little rain is in the forecast across the South through the middle of the month, and even if rain does come, it could take weeks and perhaps months for reservoirs and lakes to significantly rebound and even longer for the water table and wells to respond, AccuWeather said.

In the Northeast, the worst of the drought is in New England, New York state and New Jersey. Parts of southern New Hampshire and Massachusetts remain in extreme drought while the rest of the region is either in a severe or moderate drought.

Of concern in Massachusetts is the Quabbin Reservoir, Boston’s primary water supplier. The Quabbin recently dropped to 80.6% of total capacity, according to Western Massachusetts News. The last time the Quabbin dipped under 80%, a “below-normal” status, was in 2002-03.

In New Hampshire, hundreds of private wells have gone dry. “We really need to see a winter with above-normal precipitation and a slow, gradual thaw in springtime so that the water will really soak into the ground,” Jim Martin, spokesman for the New Hampshire Department of Environmental Services, said to the Union-Leader.

Connecticut needs about 10 inches of rain to return Aquarion Water Co. to more of a normal mode of operation, company spokesman Peter Fazekas told the Connecticut Post. Aquarian is the water supply company for much of southern New England.

Plentiful October rain brought big relief to northern parts of the state, but much of central and southern California remains in “exceptional” drought, the worst level, KXTV-TV said. Overall, 90% of the state is either in a drought or abnormally dry.

Some rain fell over the past few weeks in southern California. “While the rain was beneficial for streamflow and soil moisture recharge, the state will need more cool-season precipitation to undo the far-reaching impacts of the ongoing 5-year drought,” the Drought Monitor reported.

Unfortunately, the current La Niña climate pattern typically means warmer and drier than average conditions for central and southern California, which is why the Climate Prediction Center forecasts drought will persist there throughout the winter.

A Dust Bowl will engulf the American West & last 35 years-Is this Judgment on America?