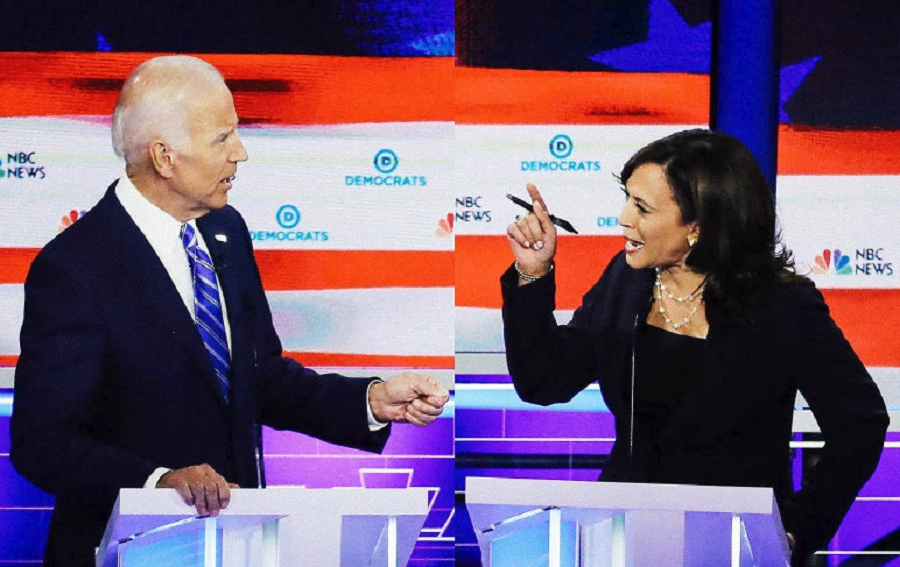 After a breakout performance on the debate stage watched by millions of Americans,Democratic presidential candidate Sen. Kamala Harris is quickly moving to capitalize on the blockbuster moment when she grilled former Vice President Joe Biden about his opposition four decades ago to federally mandated busing.

The heated exchange between the Democrat from California and Biden – the frontrunner right now in the race for the Democratic presidential nomination – is forcing the former vice president’s campaign to play defense – spotlighting that his decades-long record on civil rights is “unassailable.” In his first remarks since the debate, Biden defended his record, saying in Chicago, “I heard and I listen to and I respect Sen. Harris. But we all know that 30-60 seconds on campaign debate exchange can’t do justice to a lifetime commitment to civil rights.”

Biden made the comments at an event organized by Rev. Jesse Jackson’s Rainbow PUSH Coalition. Speaking directly to Jackson, he said: “I know you know I fought my heart out to ensure civil rights and voting rights and equal rights are enforced everywhere.”

On Friday, the Harris campaign highlighted a surge in on-line fundraising in the wake of the debate.

And while the showdown among ten of the nearly two-dozen Democratic presidential contenders was still underway, Harris officials used the senator’s campaign twitter account to tweet out a photo of the candidate as a young girl with the words she had used minutes earlier –  “There was a little girl in California who was bussed to school. That little girl was me.”

By the end of the night, the campaign started selling t-shirts emblazoned with the photo.

The campaign’s quick actions came after Harris challenged Biden over his civil rights record and comments he recently made highlighting his ability four decades ago to find common ground with segregationist senators he disagreed with in order to pass legislation. Those comments quickly re-sparked a controversy that Biden had been dealing with for nearly two weeks.

Harris told Biden that she didn’t believe he was a “racist,” but considered his recent comments about being able to work with segregationist senators early in his career “hurtful.”

“You worked with them to oppose busing,” Harris then said, referring to his efforts to limit federal orders for school desegregation by busing. In an emotional moment, she then told her own story of being bused as a little girl in California.