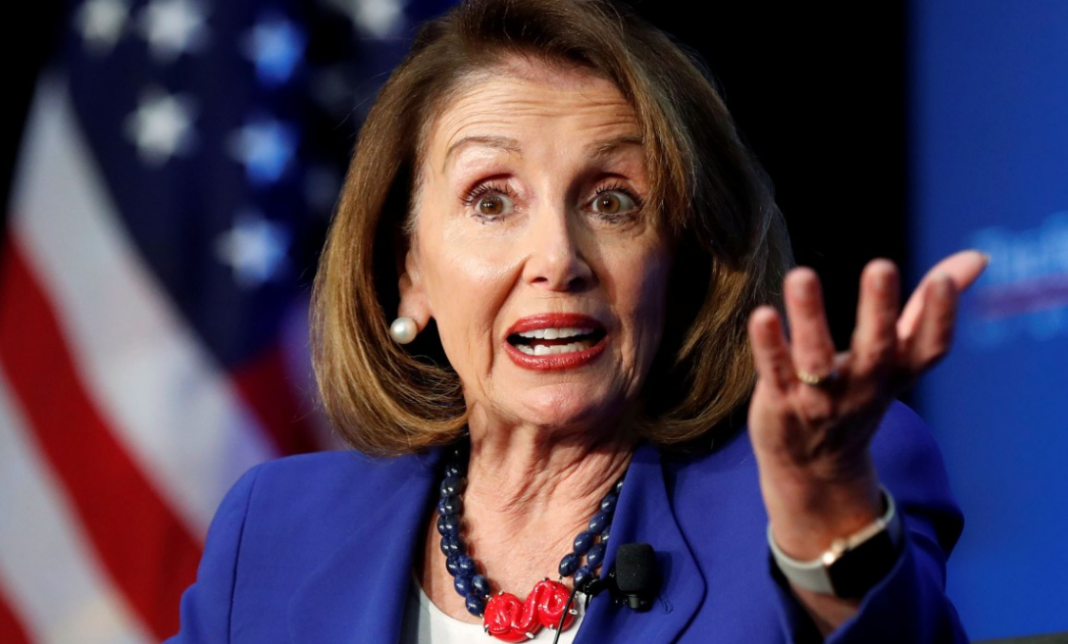 House Speaker Nancy Pelosi (D-Calif) in a tweet Tuesday night accused President Trump of engaging in “political interference in the sentencing of Roger Stone” and called for an investigation into the Department of Justice (DOJ).

Pelosi also commended the four prosecutors who quit Stone’s case Tuesday after the DOJ asked for a lighter sentence than what they had recommended.

“By tweet @realDonaldTrump engaged in political interference in the sentencing of Roger Stone,” she wrote. “It is outrageous that DOJ has deeply damaged the rule of law by withdrawing its recommendation. Stepping down of prosecutors should be commended & actions of DOJ should be investigated.”

Pelosi was originally referring to Trump quoting reporters’ tweets calling it “very unfair,” a “miscarriage of justice” and a “ridiculous 9 year sentence recommendation.”

However, less than 10 minutes after Pelosi’s tweet was sent, Trump sent a tweet attacking the prosecutors.  Trump tweeted, “Who are the four prosecutors (Mueller people?) who cut and ran after being exposed for recommending a ridiculous 9 year prison sentence to a man that got caught up in an investigation that was illegal, the Mueller Scam, and shouldn’t ever even have started? 13 Angry Democrats?”

Stone was convicted in November of seven counts of obstructing and lying to Congress and witness tampering related to his efforts to provide the Trump campaign inside information about WikiLeaks in 2016. Prosecutors recommended seven to nine years in prison as punishment.