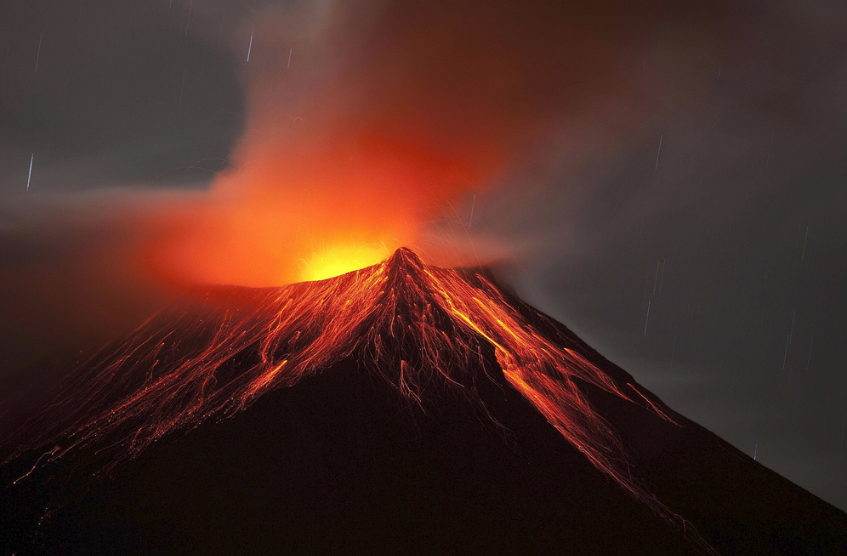 YELLOWSTONE volcano geologists monitoring the US supervolcano for signs of activity keep a watchful eye on any unusual ground movement, which could be an indicator of dangerous volcanic activity. The Yellowstone Volcano Observatory (YVO) and US Geological Survey (USGS) are the first line of defence against a Yellowstone eruption. For decades, the geological agencies have tracked ground deformation and seismic activity within Yellowstone National Park. Ground movement is a sure indicator of bubbling danger and often precedes an incoming eruption. In 1994 for instance, geologists noted rapid ground motion in the Rabaul caldera in Papua New Guinea before the volcano erupted.

According to the USGS, the ground deformation was so intense a local reef rose from the sea fast enough to strand fish out in the open.

A similar incident occurred in 1927 when Fernandina volcano in the Galapagos caused the coast to rise and trap a fishing boat above the water.

Geologist Beth Bartel has now said in this week’s edition of the USGS Caldera Chronicles, scientists monitor Yellowstone for such signs of activity.

She said: “At Yellowstone and other calderas, changes in deformation patterns from uplift to subsidence and back again are a common occurrence.

“By studying these changes, we hope to learn more about the subsurface conditions that are causing the ground to move and also to monitor for changes that are not normal.

“Recognising the normal from the unusual is key for identifying the potential for future hazards volcanic activity.”

Yellowstone volcano’s last caldera-forming eruption went off an estimated 640,000 years ago and was powerful enough to cover most of the US in ash.

But the volcano has not been entirely dormant since and the Earth is a constant state of flux as tectonic plates shift, grind and pass over one another.

Ground movement is the principal reason why mountains and volcanoes exist, caused by colliding tectonic plates pushing the earth upwards.