Home Politics 2nd Official Is Weighing Whether to Blow the Whistle on Trump’s Ukraine... 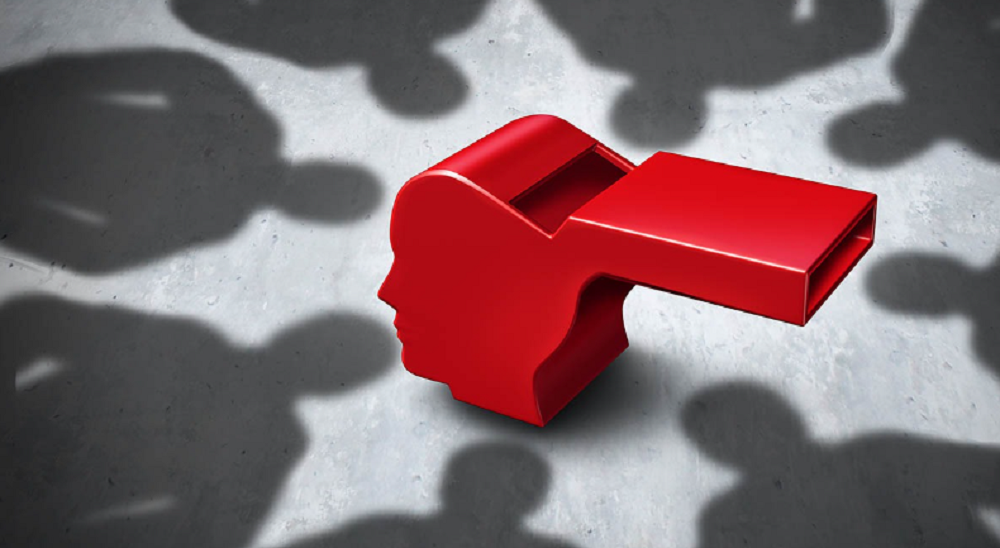 WASHINGTON — A second intelligence official who was alarmed by President Trump’s dealings with Ukraine is weighing whether to file his own formal whistle-blower complaint and testify to Congress, according to two people briefed on the matter.  The official has more direct information about the events than the first whistle-blower, whose complaint that Mr. Trump was using his power to get Ukraine to investigate his political rivals touched off an impeachment inquiry. The second official is among those interviewed by the intelligence community inspector general to corroborate the allegations of the original whistle-blower, one of the people said.

The inspector general, Michael Atkinson, briefed lawmakers privately on Friday about how he substantiated the whistle-blower’s account. It was not clear whether he told lawmakers that the second official is considering filing a complaint.

A new complaint, particularly from someone closer to the events, would potentially add further credibility to the account of the first whistle-blower, a C.I.A. officer who was detailed to the National Security Council at one point. He said that he relied on information from more than a half-dozen American officials to compile his allegations about Mr. Trump’s campaign to solicit foreign election interference that could benefit him politically.

Other evidence has emerged to back the whistle-blower’s claim. A reconstructed transcript of a July call between Mr. Trump and President Volodymyr Zelensky released by the White House also showed Mr. Trump pressuring Ukraine. Mr. Trump appeared to believe that its release would quell the push for impeachment, but it only emboldened House Democrats.

Because the second official has met with Mr. Atkinson’s office, it was unclear whether he needs to file a complaint to gain the legal protections offered to intelligence community whistle-blowers. Witnesses who speak with inspectors general are protected by federal law that outlaws reprisals against officials who cooperate with an inspector general.

Whistle-blowers have created a new threat for Mr. Trump. Though the White House has stonewalled Democrats in Congress investigating allegations from the special counsel’s report, the president has little similar ability to stymie whistle-blowers from speaking to Congress.

The Trump administration had blocked Mr. Atkinson from sharing the whistle-blower complaint with lawmakers but later relented.

Mr. Trump and his allies have taken aim at the credibility of the original whistle-blower by noting that he had secondhand knowledge. The president has also singled out his sources, saying that they were “close to a spy.”

“I want to know who’s the person who gave the whistle-blower the information because that’s close to a spy,” Mr. Trump told staff members at the United States mission to the United Nations. “You know what we used to do in the old days when we were smart with spies and treason, right? We used to handle it a little differently than we do now.”

Mr. Atkinson has identified some indications of “arguable political bias” that the whistle-blower had in favor of a rival candidate. But the inspector general said that the existence of that bias did not alter his conclusion that the complaint was credible.

Still, testimony from someone with more direct knowledge of Mr. Trump’s efforts to use American foreign policy for potential political gain would most likely undermine conservatives’ attacks on the C.I.A. officer’s credibility.

The House Intelligence Committee has taken the lead on the investigation into the whistle-blower’s claims as part of the impeachment inquiry into whether Mr. Trump abused his powers by using high-level diplomacy to advance his personal interests. Committee aides had sought to interview the whistle-blower last week but have yet to sit down with him and it was unclear how soon they could.

Democrats looking to keep up the momentum of their impeachment inquiry are seeing more results than they have in their examination of the findings of the inquiry by the special counsel, Robert S. Mueller III, into Russia’s election interference and Mr. Trump’s efforts to impede investigators. Though Mr. Mueller laid out stark examples of Mr. Trump trying to interfere with the inquiry, the White House has fought Democrats’ pursuit of eyewitness testimony.

House Democrats have moved more quickly in scrutinizing Mr. Trump’s use of power to solicit potential foreign help in his 2020 re-election campaign.

Late on Thursday, they released explosive texts exchanged by State Department officials and Mr. Trump’s personal lawyer Rudolph W. Giuliani about pressuring the Ukrainians to commit to conducting the investigations that could help Mr. Trump politically.

In one exchange, the Americans sought to have Mr. Zelensky issue a statement promising to investigate a Ukrainian natural gas company where Hunter Biden, the son of former Vice President Joseph R. Biden Jr., sat on the board.