Home Bible Prophecy Plagues 40,000 coronavirus cases may be ‘tip of the iceberg’ as death toll... 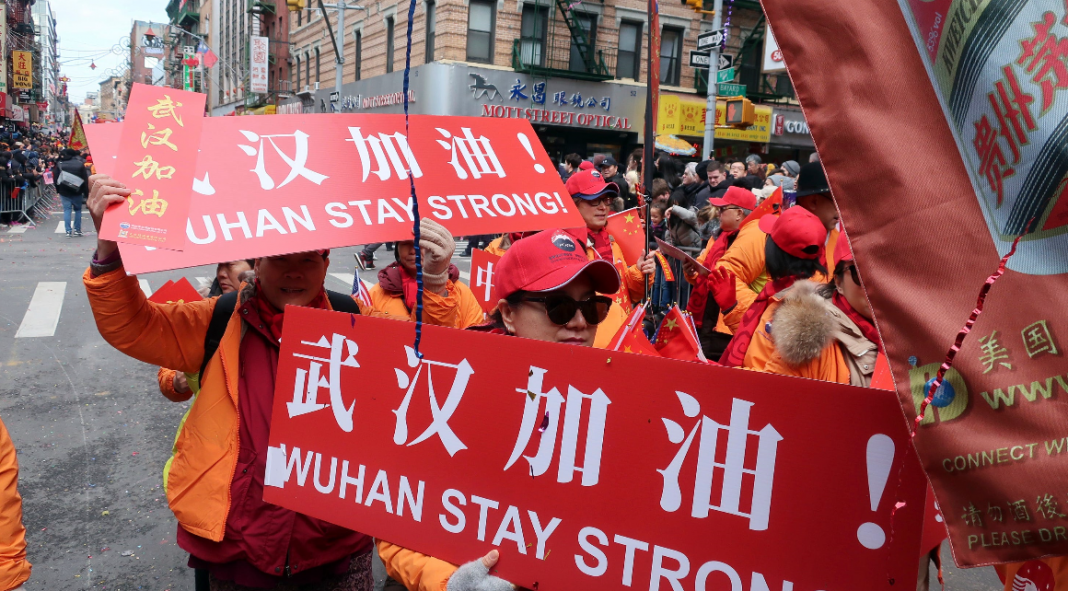 The death toll from the coronavirus sweeping across China and surging around the globe closed in on 1,000 Monday amid warnings that the 40,000 known cases may be “the tip of the iceberg.”

Chinese health officials said 97 more deaths were reported Sunday, a spike after days of decline that put the global toll at 910. All but two of the deaths have occurred on the Chinese mainland, most in and around the city of Wuhan.

Total reported cases rose to 40,645, more than 40,000 of them in China. Tedros Adhanom Ghebreyesus, director-general of the World Health Organization, warned that the numbers may not tell the entire story.

“There’ve been some concerning instances of … spread from people with no travel history to China,” Tedros said. “The detection of a small number of cases may indicate more widespread transmission in other countries. In short, we may only be seeing the tip of the iceberg.”

Containment remains the objective, but all nations must prepare for an outbreak, he said.

A WHO advance team led by Bruce Aylward, a Canadian epidemiologist and emergencies expert, was scheduled to arrive in China on Monday to review that nation’s efforts to curb the outbreak. WHO declared a global emergency almost two weeks ago.

WHO organized a two-day global forum beginning Tuesday, bringing together 400 of the world’s leading experts to prioritize work on rapid diagnostics, a vaccine and effective treatments.

“Harnessing the power of science is critical for bringing this outbreak under control,” Tedros said. “There are questions we need answers to and tools we need developed as quickly as possible.”

The number of infections in the USA remained at 12 Monday. No deaths have been reported, although one American died in Wuhan last week.

“Outbreaks involving novel viruses generate a lot of misinformation, particularly in the early stages when there is a mad scramble to get information,” Carroll told USA TODAY. “Be wary of initial reports and really rely on the guidance from experts at WHO and the (U.S.) Centers for Disease Control and Prevention, experts in separating out ‘fact from fiction.’ “

“There is a learning curve, and it takes time to learn the epidemiological characteristics and makeup of each disease,” Madad said in an email to USA TODAY. “Time we don’t have, as with each passing day, the human toll continues to rise.”

Businesses across China reopened Monday after the government extended the Lunar New Year holiday to curb travel and, officials hoped, the spread of the disease.

The Chinese government, and particularly leaders in Wuhan, faced criticism at home for their handling of the outbreak. Chinese state TV showed footage of President Xi Jinping, wearing a surgical mask, visiting a neighborhood in Beijing on Monday.

Xi was upbeat as he stressed that Wuhan and the province of Hubei remained a top priority for epidemic prevention and control.

“Wuhan is a heroic city, and people of Hubei and Wuhan are heroic people who have never been crushed by any difficulty and danger in history,” Xi said. “As long as our comrades work together, fight bravely and overcome difficulties, we certainly can score a full victory in the fight against the epidemic.”