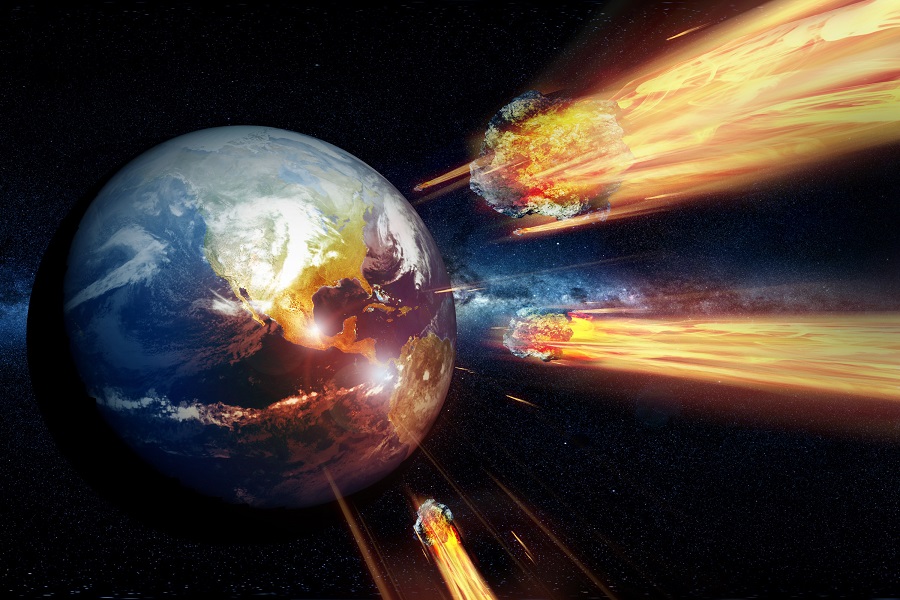 The speedy asteroid, dubbed by NASA Asteroid 2019 JH7, shot past the Earth in the morning hours of Thursday, May 16. According to NASA’s asteroid-tracking systems, the space rock came dangerously close to our Earth around 1.06am BST (12.06am UTC). The incredible flyby came just two days after NASA first observed the asteroid heading towards Earth on Tuesday, May 14. NASA’s Jet Propulsion Laboratory (JPL) in Pasadena, California, said the asteroid flew by on a so-called “Earth Close Approach” trajectory.

At it’s closest, Asteroid JH7 approached our home planet from 0.19 times the distance to the Moon.

NASA said this is the equivalent of 0.00048 astronomical units (au).

One astronomical unit measures the distance between the Earth and the Sun – approximately 93 million miles (149.6 million km).

Asteroid JH7 is an Apollo-type NEO or Near-Earth Object.

NEOs are all comets and asteroids orbiting the Sun from a maximum distance of 1.3 astronomical units or 120.8 million miles (194.5 million km).

Occasionally, NEOs will cut into the Earth’s own orbit of the Sun and swing by dangerously close.

NASA said: “As they orbit the Sun, Near-Earth Objects can occasionally approach close to Earth.“Note that a ‘close’ passage astronomically can be very far away in human terms: millions or even tens of millions of kilometres.”

At the upper end of the estimate, the asteroid is about as tall as an average giraffe and is just shorter than a London double-decker bus.

Based on Asteroid JH7’s trajectory, NASA has calculated a number of future flybys between today and 2077.

After that, the space rock will also shoot past the scorching planet Venus on July 4, 2020.