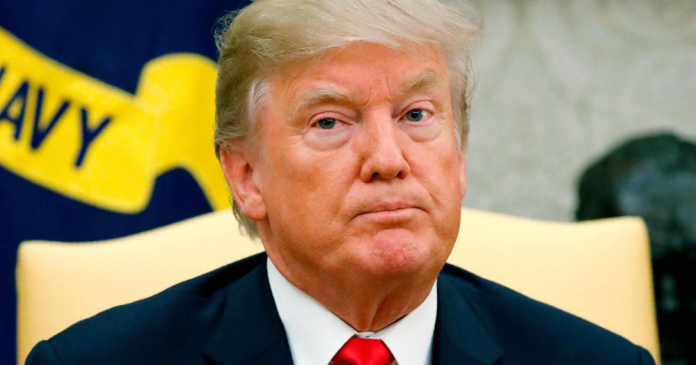 President Trump tweeted Monday the United States will begin cutting off foreign aid to countries that have failed to stop a growing group of thousands of migrants marching its way through Mexico and to the U.S. border.

Trump blamed Guatemala, Honduras and El Salvador for not being “able to do the job of stopping people from leaving their country and coming illegally to the U.S.” Though there were no official numbers, estimates place the lead caravan as having about 7,000 people. A second caravan of about 1,000 people has also left Honduras and is working its way toward linking up with the main group.

“We will now begin cutting off, or subsequently reducing, the massive foreign aid routinely given them,” Trump tweeted.

The three countries received about $500 million in funding from the U.S. in 2017.

Trump also tweeted he alerted the military and federal border authorities that the migrant caravan, which originated in Honduras, is now a national emergency.

“Sadly, it looks like Mexico’s Police and Military are unable to stop the Caravan heading to the Southern Border of the United States,” Trump wrote. “Criminals and unknown Middle Easterners are mixed in. I have alerted Border Patrol and Military that this is a National [emergency]. Must change laws!”