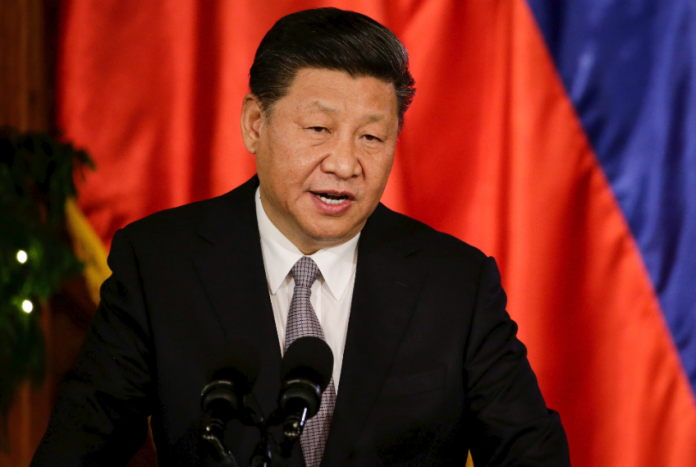 Patrick Shanahan used his speech at the Shangri-La defence forum in Singapore to condemn “actors” who seek to destabilise the region, but stopped short of naming China. In response to his fiery words, a Chinese official hit back, claiming it was the Americans who were harming the tentative peace in the troubled waters. Shao Yuanming, a senior official of the People’s Liberation Army, told reporters: “He has been expressing inaccurate views and repeating old tunes about the issues of Taiwan and the South China Sea.

“This is harming regional peace and stability.”

His harsh words come as tensions between the world’s two biggest economies escalate amid a fierce trade war.

In May, the Chinese were angered when a US warship sailed close to the disputed Scarborough Shoal, claimed by both China and the Philippines. Mr Yuanming also touched on the topic of Taiwan, which China has described as the most sensitive issue between Beijing and Washington.

He said China would not hesitate in defending its sovereignty against any efforts to separate it from the self-ruled island.

The Chinese consider the self-ruled and democratic island state as a wayward province.

He said: “China will have to be reunified. If anybody wants to separate Taiwan from China, the Chinese military will protect the country’s sovereignty at all costs.”

Taiwan has been conducting military exercises in a bid to see off what it considers China’s military threat.