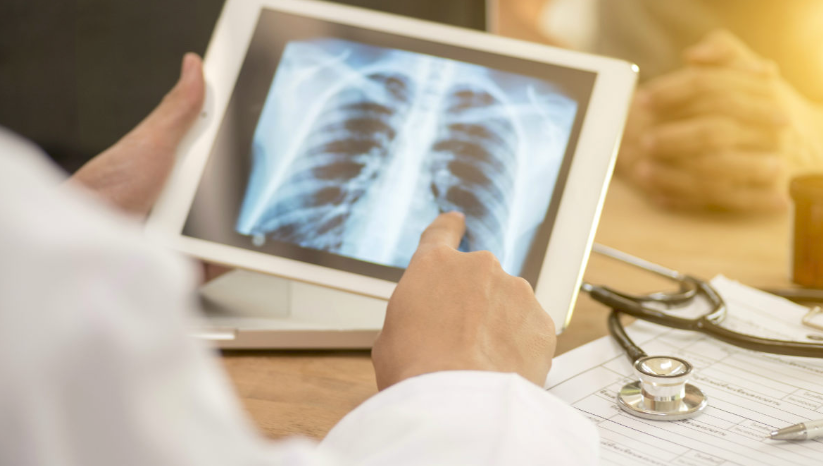 What happened to the incubation periods at quarantine stations in Ellis Island? Why does coming here illegally exempt aliens from the laws on the books that make them inadmissible until we know they are not a threat?

On Sunday, Aaron Hull, chief patrol agent of the El Paso sector, divulged to the public what we already suspected but most government officials assiduously covered up. The head of the second busiest illegal immigration corridor told Fox News’ Maria Bartiromo that Customs and Border Protection (CBP) is increasingly “caring for more and more sick people, because a lot of these aliens coming in are carrying contagious health conditions, things like chicken pox, scabies, tuberculosis, lice.”

Tuberculosis. That is the disease we sought to eradicate through our laws as early as 1907 by requiring every prospective immigrant to wait at Ellis Island, away from the population, until they got the green light to enter. That is a far cry from what a CBP official told me two weeks ago – that “we have not seen any specific, unusual, or alarming public health or infectious disease threats in persons in CBP custody.”

CBP declined to comment further on Hull’s revelation upon my request.

If border agents have confirmed the arrival of illegal aliens with tuberculosis who have not been treated in hospitals, what about all those exposed to it in close quarters who did not yet exhibit symptoms and were released within hours of apprehension? Unlike in the past, where illegal immigrants waited for days in ICE facilities before either being deported or released, CBP is directly releasing thousands of aliens into the interior within hours. A bunch of illegal aliens caught in Arizona and El Paso this past month were released in Tucson.

It is simply inconceivable that this is not a priority threat to the American people. It is certainly a violation of current immigration law. The law (8. U.S.C. §1182(a)(1)(A)(i)-(ii)) states clearly that any alien “who has failed to present documentation of having received vaccination against vaccine-preventable diseases, which shall include at least the following diseases: mumps, measles, rubella, polio, tetanus and diphtheria toxoids, pertussis, influenza type B and hepatitis B, and any other vaccinations against vaccine-preventable diseases” are inadmissible. Moreover, 8 U.S.C. § 1222(a) requires the government to detain them “for a sufficient time to enable the immigration officers and medical officers to subject such aliens to observation and an examination sufficient to determine whether or not they belong to inadmissible classes.”

DHS officials, including the current acting DHS secretary, have testified that these people have largely never “received immunizations.”

Why is the lack of detention space a rationale to vitiate our laws and release them anyway and not a rationale to turn them back across the river or at least hold them in tent cities right at the border until or unless they voluntarily depart?

We now know that aliens are coming with tuberculosis and that they are being released without proper quarantining and incubation. TB is highly contagious among people who live very closely to each other, precisely the conditions in which the migrants travel north. According to the CDC, “The TB bacteria are put into the air when a person with active TB disease of the lungs or throat coughs, sneezes, speaks, or sings.” It warns that “a person who is exposed to TB bacteria” should take steps not to “spread the bacteria to other people right away.”

ICE has a standard procedure of vetting for TB, but even if we assume agents are not too overwhelmed to make mistakes, thousands are being released directly by Border Patrol without ever stepping foot into an ICE facility.

As the CDC warns, “Some people develop TB disease soon (within weeks) after becoming infected, before their immune system can fight the TB bacteria. Other people may get sick years later, when their immune system becomes weak for another reason.” Remember, Guatemalans are already 83 times more likely to have tuberculosis than Americans and seven times more likely than legal immigrants, according to the CDC.

Thus, there is a reason why, over time, Texas, and particularly the border areas, have become infested with this once near-extinct disease. Breitbart Texas reported that Dr. Hector Gonzalez, the health director of Laredo, said, “TB is an ongoing issue in the state of Texas” and that “Between Texas, California, and New York, we have 50 percent of the cases of TB and the border has the most. Brownsville has the biggest number of cases.” According to Texas Health and Human Services, 61.4 percent of TB cases were associated with immigrants, and “rates are higher along the Texas-Mexico border.” In 2017, 53 percent of reported TB cases were among Hispanics, and all the border counties and major metro areas were hardest hit. This was before the major influx from Central America, which began last year.