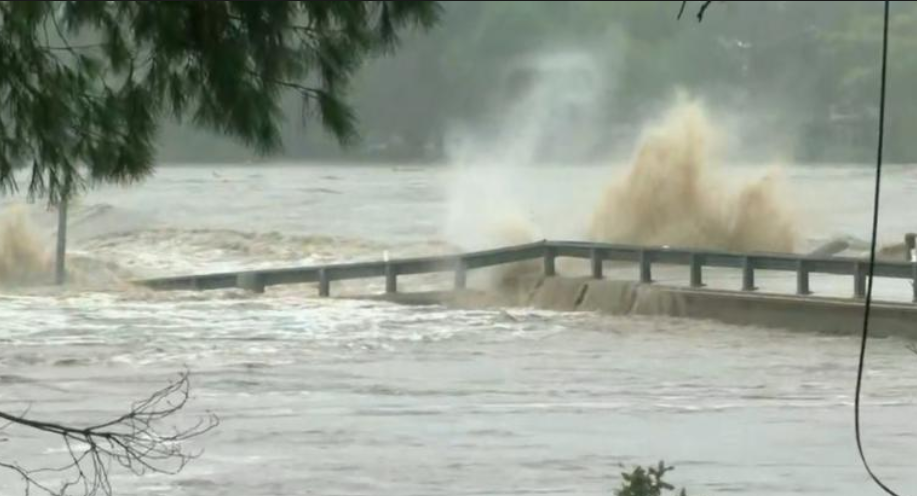 Central Texas received extreme rainfall over the past couple of days leading to major floods that claimed a life of at least one person and forced authorities to declare a state of emergency for 18. Texas governor urged “all Texans to take their safety into their own hands by closely monitoring changing weather conditions and heeding warnings from local officials.” Another round of heavy rain is expected on Thursday and Friday, October 18 and 19. Rainfall and river level records are falling one by one.

A school bus was with at least one student inside was swept away 16 after the driver tried to go through a flooded low-water crossing. Both were rescued.

Another incident took place near Andice, where a mother and her child had to be rescued after their vehicle washed off County Road 252.

Shortly after, the FM 2900 bridge in Kingsland was closed because of rising floodwaters and evacuations in the region intensified. The bridge collapsed later in the day, and its pieces were seen floating down the river. This region received between 200 and 305 mm (8 and 12 inches) of rain within 48 hours.