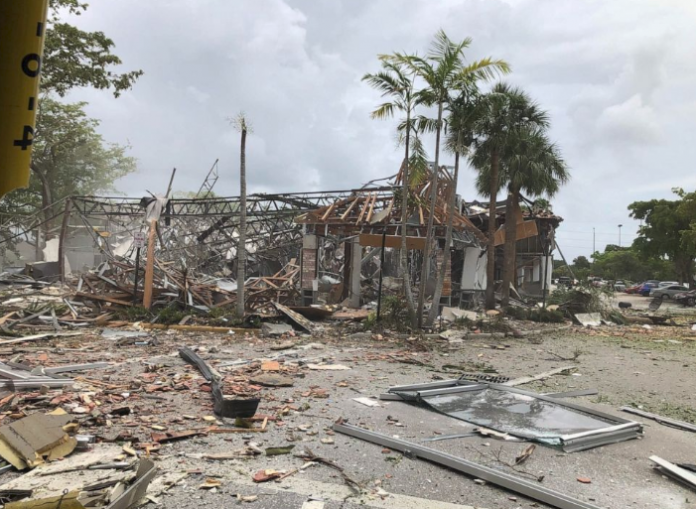 Police and fire crews are looking for answers after an explosion at a shopping center in Florida, officials said Saturday.

Twenty-one people were injured, including two seriously, in the blast in Plantation, just outside of Fort Lauderdale, said Joel Gordon, Battalion Chief for Plantation Fire.

Video shows windows blown out of an LA Fitness while a building next door appeared completely destroyed, with debris strewn in all directions.

The cause of the explosion is unknown at this time.

Ruptured gas lines were found in the rubble but it has not been confirmed if the explosion was caused by a gas leak, officials said.

The gas leaking from the ruptured lines has since been stopped, officials said.

The origin of the blast, which went off just before 11:30 a.m. local time, is also not known.

No one was killed in the explosion, police said.

Thirteen people have gone to the Westside Regional Medical Center emergency room, a hospital official told ABC News. Broward Health Medical Center officials said they have two patients in fair condition: one in the trauma center and the other in the pediatric emergency room.

“This could have been a lot worse,” Gordon told reporters.