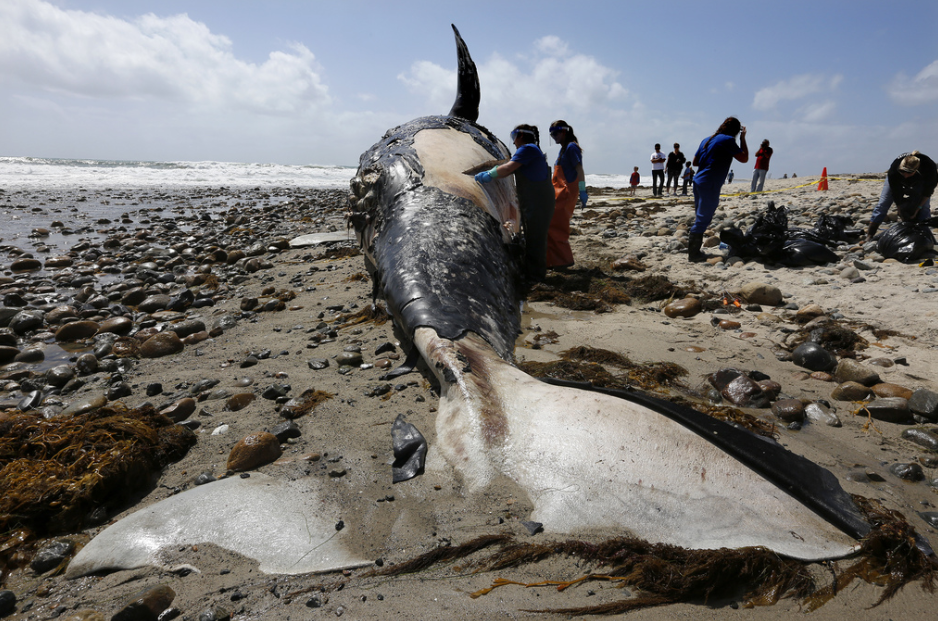 From Baja California to Puget Sound, scientists are seeing signs that gray whales are in distress. And they have no idea why.

Thirty-one dead gray whales have been spotted along the West Coast since January, the most for this time of year since 2000, when 86 whales died. Dozens more have shown visible signs of malnourishment, and sightings of mother-calf pairs are down sharply.

The gray whale death toll will probably climb through May as the animals continue their annual migration from their warm breeding lagoons in Mexico to their icy feeding grounds in the Arctic, said Justin Greenman, the assistant coordinator of stranded marine mammal response in California for the National Oceanic and Atmospheric Administration.

Experts said that, with about 27,000 gray whales thriving around the world, this year’s deaths probably don’t present a serious threat to the species. But the casualties can’t be ignored, either.

“It’s not like we’re ringing the alarm bell that this population is threatened or at risk,” said John Calambokidis, a biologist and co-founder of Cascadia Research who tracks gray whales in Washington state. “As a researcher, I feel that you want to at least understand what is going on.”

So far, scientists know little more than what they can see. They’ve documented 21 dead whales that have turned up in Long Beach, Los Angeles, San Francisco Bay and elsewhere on California shores. Most of them had not yet reached adulthood and looked like they might have starved to death.

Frances Gulland, a research associate at the University of California, Davis School of Veterinary Medicine, estimates that gray-whale deaths could hit 60 or 70 by the end of the season.