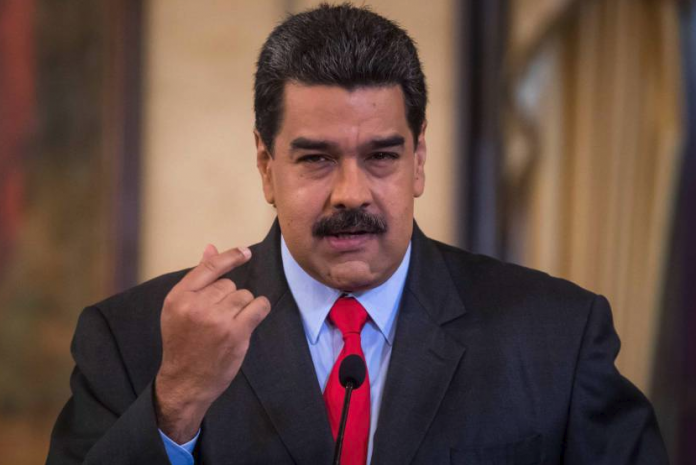 Venezuelan dictator Nicolas Maduro is still in power in Venezuela. President Trump said he would “help them a little bit… and maybe a lot depending” to help Juan GuaidoOpens a New Window. into the presidential palace during an interview on FOX BusinessOpens a New Window. Wednesday. But what did the president mean by this? Is military action on the table?

Retired four-star Army Gen. Jack Keane during an appearance on Varney & Co. Thursday said he thought the administration was still working on a peaceful transition.

“Well first of all — I think for the time being they’re still trying to work on a peaceful transition and obviously the administration thought they were pretty close to that as Ambassador [John] Bolton told us a couple of days ago on international television when he said the three key actors were willing to turn against Maduro and then change… their mind and actually call them out on TV — quite remarkable — never seen anything quite like that,” he told Stuart Varney.But Gen. Keane said there are several ways in which President Trump can use military force to allow Guaido to take over in Venezuela.

“I think the options the president has in front of him — I’m not suggesting I know — I don’t ask questions like that — I’m just speculating based on my own experience,” said Keane. “He can bring some U.S. forces and stage them in Colombia and with the implication obviously that they’re going to be used inside of Venezuela. That May in of itself change the minds of some of their leaders in terms of who they want to support.”

Gen. Keane said the second option is to move into Venezuela with a coalition of forces, specifically Colombia and Brazil in order to provide humanitarian relief.

“It would be non-permissive in the sense that anybody that tried to interfere… with it would have to be dealt with similar to what we did back in Somalia in the 90’s. That was a humanitarian relief operation initially,” he said.

Another option, he said, “is just go in there with an invasion with the purpose of conducting a regime change.”

However Keane noted that the Trump administration faces the challenge that if Maduro survives, it would increase the Russian and Cuban influence in that hemisphere.

“The strategic issues here are significant because we’ve had Putin, with his leaders, in Venezuela, advising Maduro every single day on what to do. So he is conducting a military intervention, he’s put a private company force in there that he’s used in Crimea, he’s used also in Syria, the Wagner group, 400 of them in there in January, Why? To protect Maduro.”

“Two: he’s got his own advisors in there with Maduro every single day. That is a military intervention in our hemisphere and we all obviously have 20,000 Cubans doing that.”