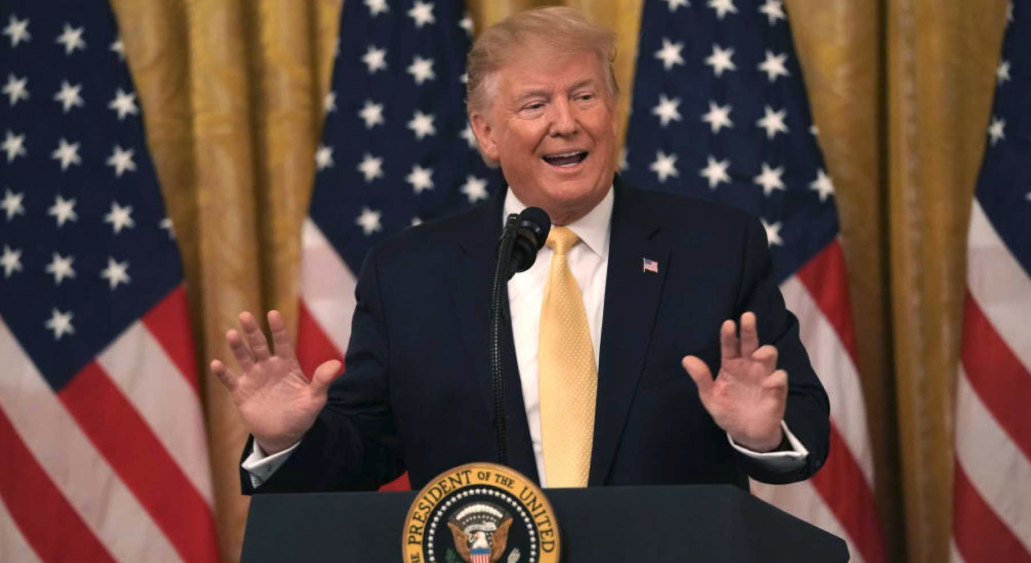 President Donald Trump says progressive Democrats who don’t like the way he’s running the country can move somewhere else, as he upped the ante against four Democratic representatives, who are also women of color, that he’s been clashing with on Twitter.

Trump said the legislators should ‘go back where they came from’ in a controversial message on Sunday that the women are blasting as racist.

He didn’t say who he was talking about, but it was inferred that he tweaking Rep. Alexandria Ocasio-Cortez and the members of her ‘squad,’ including American-born Rashida Tlaib and Ayanna Pressley but also Somali-American legislator Ilhan Omar.

He suggested Monday that the women are communists and denied that he was making a racist attack on them.

Responding to a question from DailyMail.com, he at first declined to name names on Monday, but hit Omar by name.

He proceeded to say they should leave, if they don’t like it America, as other reporters chimed in to ask where the women, all of whom but Omar,  who were born in American should go.