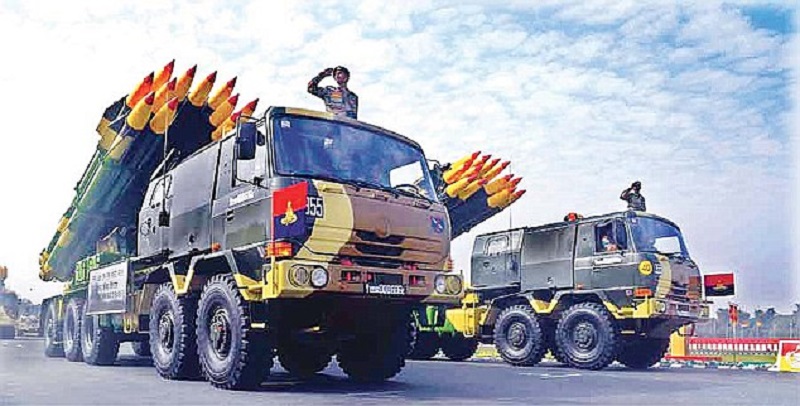 Defence Minister Manohar Parrikar has signed-off deals worth over Rs 80,000 crore for the armed forces, giving a major push to ‘Make in India’ defence projects.

As first reported by Mail Today, the minister-led Defence Acquisition Council cleared the acquisition of 83 Light Combat Aircraft for the Air Force.

The order is for Mark1A version of the plane, which would be quite advanced from the LCA Mark1, 40 of which are being delivered by the HAL to IAF.

Another major deal to have been cleared was for acquiring 464 T-90MS tanks from Russia which would be built in Heavy Vehicles Factory in Avadi near Chennai, defence ministry sources said.

The 10 regiments of the tank will be deployed along the Pakistan border and will be equipped with advanced night sights and other night fighting equipment.

The army was also given the go-ahead to acquire six more regiments of Pinaka miltibarell.

The indigenously designed and developed Light Combat Helicopter was also approved by the all important meeting of the DAC with 15 of them to be procured initially by the IAF and army.

The army will get 95 more of these choppers, once the initial ones prove combat worthy.

The army will also get 498 mini drones for Rs 1,100 crore, which would be a Make in India project involving foreign collaborators.

The drones would improve situational awareness of troops in counter terrorist operations.

The meeting also cleared the long-awaited blacklisting policy for dealing with firms indulging in wrongdoings and corruption in acquisition process.

The policy has been in the making for over two years and may projects were held up awaiting its finalisation.

CWW7NEWS - January 18, 2021 0
Politics
See video here on Rumble: https://rumble.com/vczx2v-outcry-to-ban-conservative-media-and-voices-more-declassified-files-christi.html You will hear the following in...

CWW7NEWS - January 15, 2021 0
Politics
You will hear the following in this Broadcast: -10 Times Democrats Urged Violence Against Trump And His Supporters-Pelosi: Any...

Russia and the USA