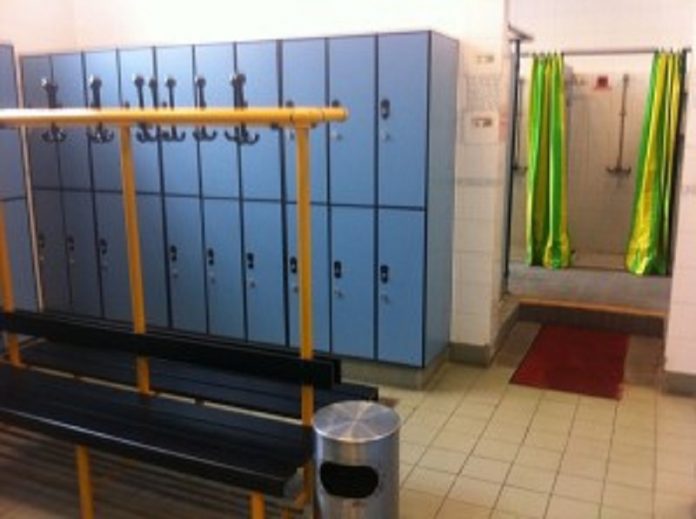 A male student at a Pennsylvania high school and his parents have filed suit against their school district after a female student was allowed to undress in the boys’ locker room because she identifies as a boy.

The student, whose name has not been disclosed, attends Boyertown High School, approximately a half an hour outside of Reading.

According to the lawsuit, and an online video released by Alliance Defending Freedom (ADF)-affiliated attorney Randall Wenger, last October, as the student was changing in the boys’ locker room for gym class, he noticed a girl standing just feet away from him also in a state of partial undress. “While he was partially undressed, he looked behind him and noticed a girl standing there wearing nothing above her waist other than a bra,” Wenger explained.

Immediately concerned about the situation—as he was standing in nothing but his underwear, the teen hurriedly put his clothes on and left.

The boy’s parents then sought themselves to meet with the assistant principal, Wayne Foley, but were allegedly advised that “the school district is ‘all-inclusive’ and that if [the boy] had a problem changing or using restrooms with people of the opposite sex, he would get him permission to go to the nurse’s office to change.”

Unsatisfied with Foley’s answer, the teen’s parents then met with Principal Brett Cooper, but he reiterated that the boy could use the nurse’s office if he was uncomfortable changing his clothes in front of the girl.

The lawsuit states that officials then contacted the Berks Career and Technology School (BCTS), where the boy receives half-day vocational training, to advise about the incident. The principal of BCTS then pulled the student aside, stating that “he wanted to make sure none of that negativity was going to happen at his school.”

The teen’s parents soon met with district Superintendent Richard Faidley, but he too held his ground, stating that if the boy did not want to change in the presence of the girl, and if he did not wish to use the nurse’s office, his parents could take him out of school and homeschool him.

So far, the boy has decided not to change into gym clothes at all to avoid the situation, but has been given poor grades for PE class for remaining in his street clothes.

“Plaintiff has experienced embarrassment and humiliation, both in terms of being viewed and viewing a student of the opposite sex in a state of undress and because of the stigmatization and criticism he received from other students and adults, fueled by the administration’s policy and actions,” the lawsuit reads. “Plaintiff is suffering and will continue to suffer irreparable harm because of the Defendants’ actions.”

It notes that Pennsylvania law requires male and female facilities to be separate, and asserts that the district is violating that requirement, as well as the male student’s right to bodily privacy.

The student is seeking an injunction against the district’s policies, which allow for girls who identify as boys to undress in male facilities.

“No school should rob any student of his legally protected personal privacy,” Wenger said in a statement. “We trust that our children won’t be forced into emotionally vulnerable situations like this when they are in the care of our schools because it’s a school’s duty to protect and respect the bodily privacy and dignity of all students. In this case, school officials are clearly ignoring that duty.”