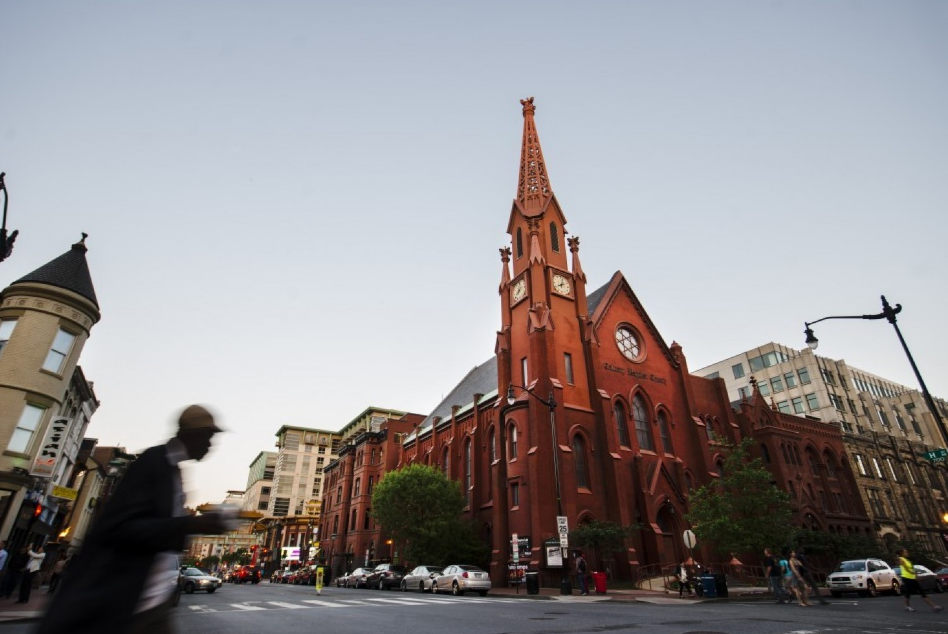 Calvary Baptist Church, a progressive Baptist landmark in the heart of downtown Washington, has named a gay couple as co-pastors.

Sally Sarratt and Maria Swearingen were presented to the congregation during worship services Jan. 8 and are set to begin their new jobs Feb. 26.

A spokeswoman for the congregation said she didn’t know whether a gay couple leading a church was a first for Baptists.

“We look for the best people in the world and that’s who they were,” said Carol Blythe. “We’re very excited.”

The 155-year-old church severed ties with the Southern Baptist Convention in 2012: It was at loggerheads with the group on several issues, including the SBC’s stance against homosexuality. Calvary Baptist still affiliates with American Baptist Churches USA.

American Baptist Churches USA did not immediately respond to a request for comment.

“We have found it so easy to fall in love with Calvary and its long-standing commitment to be a voice of justice and compassion for those who perpetually find the wholeness of their humanity disregarded and maligned,” the couple said to the congregation Sunday, according to the church.

Sarratt has also been filling the role of part-time associate minister at Greenville Unitarian Universalist Fellowship.

The women met in the First Baptist Church of Greenville, and were both ordained there after it adopted and implemented a nondiscrimination policy in 2015.

Sarratt, who holds an MBA from the University of Virginia, left the corporate world after she felt called to ministry and obtained her master’s in theological studies from Emory University.

Swearingen, who is fluent in Spanish, earned a Master of Divinity from Duke Divinity School, where she won an award for her preaching.