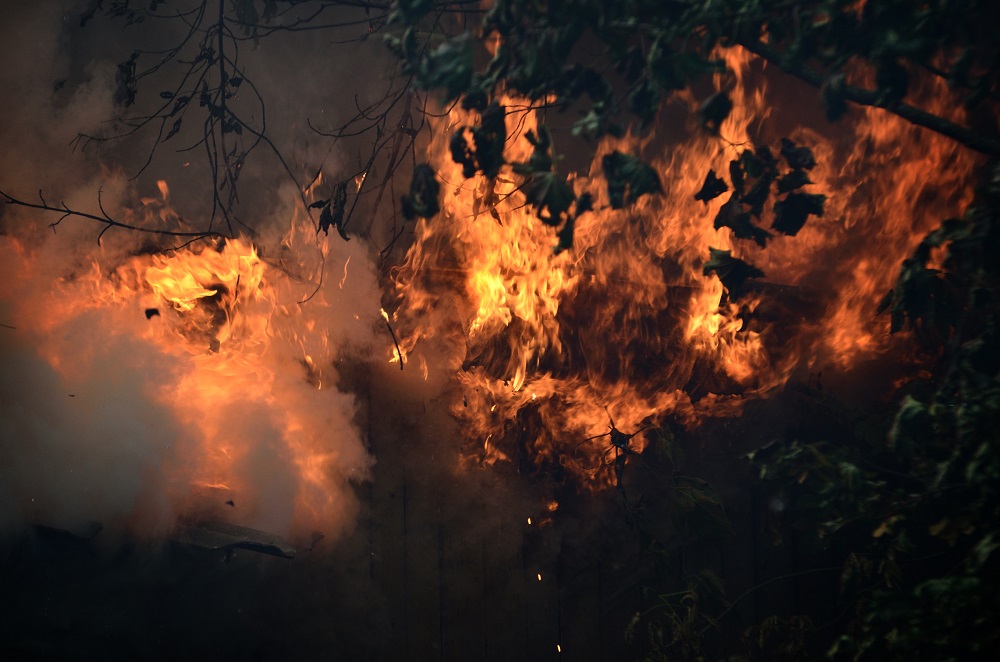 One week ago, I wrote an article about the Chuckegg Creek Fire in Northern Alberta near the town of High Level going out of control. At that time it had already burned 69,000 hectares (170,500 acres).

Now, the fire has grown to 230,000 hectares, or 568,000 acres and nothing seems to be able to stop it yet. Major cities of Edmeonton and Calgary are shrouded in thick smoke, while the northern US get red, apocalyptic sunsets.

The Chuckegg Creek Fire in Northern Alberta near the town of High Level was very active over the last 48 hours while being pushed by strong winds.

Exhibiting extreme fire behavior, it grew to the south about 11 miles, and while moving 12 miles to the east it crossed Highway 35 and jumped the Peace River both north and south of the ferry crossing on Highway 697.

Those not in immediate danger are still dealing with the impacts of the large fires. Cities of Edmonton and Calgary are ‘smoked’.

Smoke streamed into Edmonton, the province’s capital located roughly 350 miles from the worst of the fires, on Thursday.