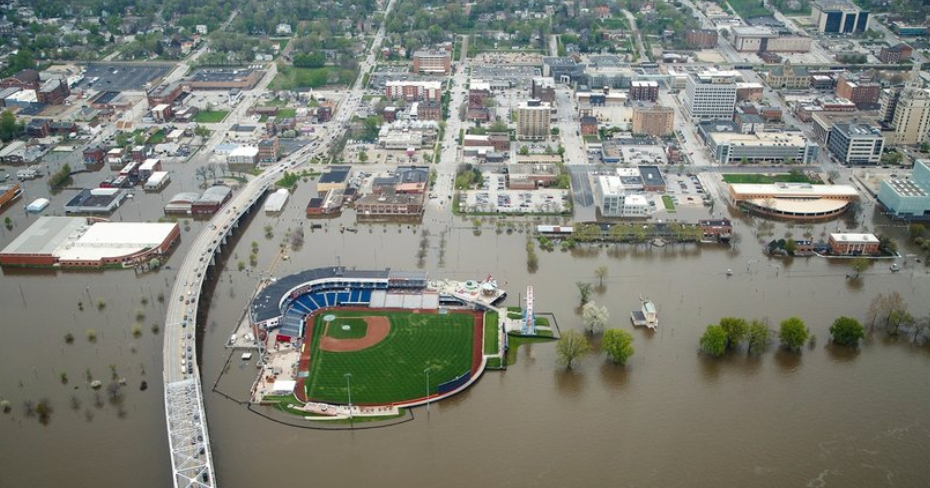 During the historic flooding in July 1993, the Mississippi River near Davenport rose to its highest level ever: 22.63 feet.

That record is no more.

The river hit 22.64 feet shortly before noon Thursday, the National Weather Service reported, and the water continues to rise.

The river is expected to reach 22.7 feet by Friday, the weather service said. Even with a dry weekend, it’s not projected to fall below 22 feet until late Sunday.

Also on Thursday, authorities said they had begun pushing sewage back into rivers. The wastewater plant in Davenport has reached capacity, and the Iowa Department of Natural Resources signed off on the sewage diversion to prevent backups in surrounding cities, according to Scott County Emergency Management.

“Officials are trying to find other relief mechanisms and will employ them as soon as possible,” the agency said in a news release.

Here is the National Weather Service’s description of what occurs when the river reaches these heights:

22.7′: Water is at the base of the south employee entrance of the Quad City Times building.

22.5′: Water affects Davenport’s Rockingham Road and 2nd Street from Division to Gaines, from Pershing to Le Claire and 3rd Street from Fillmore to Warren.