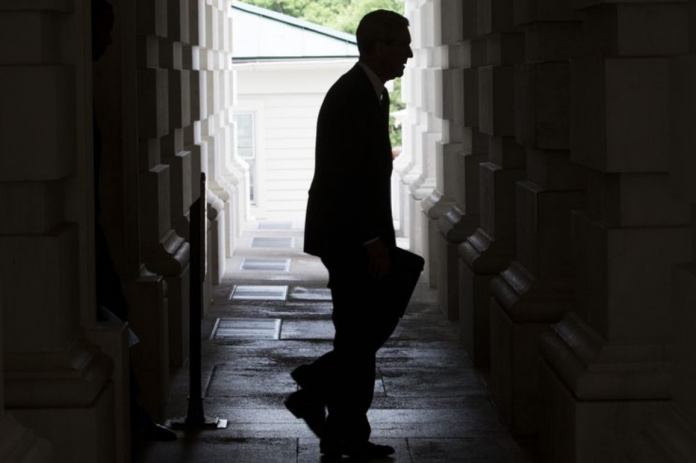 (Bloomberg) — Special Counsel Robert Mueller is expected to issue findings on core aspects of his Russia probe soon after the November midterm elections as he faces intensifying pressure to produce more indictments or shut down his investigation, according to two U.S. officials.

Specifically, Mueller is close to rendering judgment on two of the most explosive aspects of his inquiry: whether there were clear incidents of collusion between Russia and Donald Trump’s 2016 campaign, and whether the president took any actions that constitute obstruction of justice, according to one of the officials, who asked not to be identified speaking about the investigation.

That doesn’t necessarily mean Mueller’s findings would be made public if he doesn’t secure unsealed indictments. The regulations governing Mueller’s probe stipulate that he can present his findings only to his boss, who is currently Deputy Attorney General Rod Rosenstein. The regulations give a special counsel’s supervisor some discretion in deciding what is relayed to Congress and what is publicly released.

The question of timing is critical. Mueller’s work won’t be concluded ahead of the Nov. 6 midterm elections, when Democrats hope to take control of the House and end Trump’s one-party hold on Washington.

But this timeline also raises questions about the future of the probe itself. Trump has signaled he may replace Attorney General Jeff Sessions after the election, a move that could bring in a new boss for Mueller. Rosenstein also might resign or be fired by Trump after the election.

Rosenstein has made it clear that he wants Mueller to wrap up the investigation as expeditiously as possible, another U.S. official said. The officials gave no indications about the details of Mueller’s conclusions. Mueller’s office declined to comment for this story.