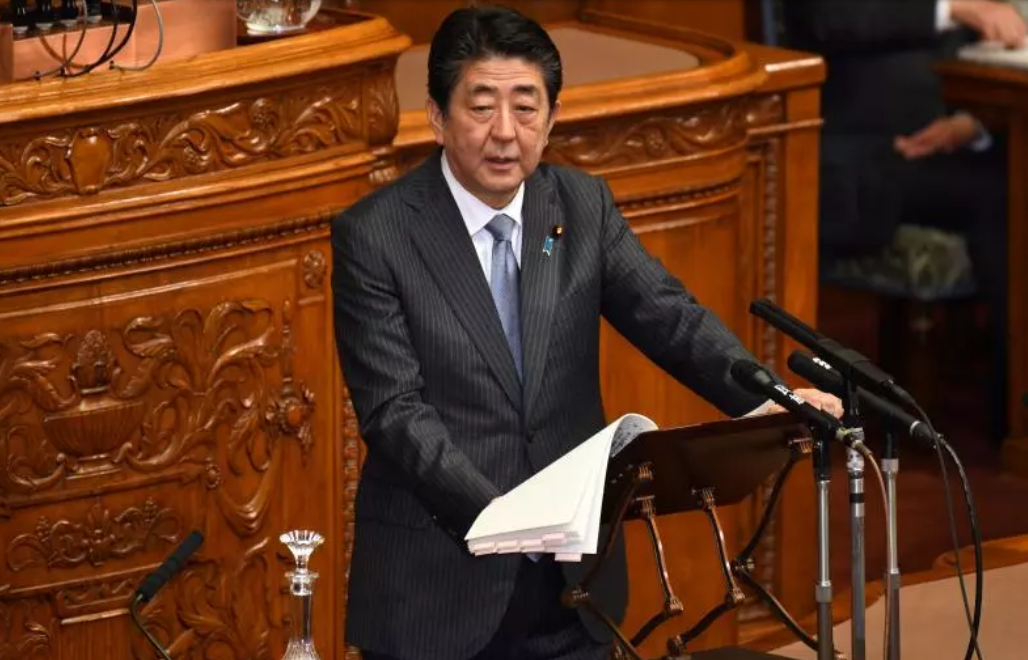 “It is not an exaggeration to say that the security environment surrounding Japan is at its severest since World War II,” Abe said in a news conference. “I will protect the people’s lives and peaceful living in any situation.”

“It is absolutely unacceptable that North Korea is trampling the strong desire of Japan and the rest of the international community for peaceful resolutions and continuing with its provocative behavior,” Abe said.

Abe also spoke about amending Japan’s constitution, according to Reuters, to open up new military possibilities. Japan’s pacifist minded constitution, signed after WWII, limits its military. Japan’s military, as it stands now, is interpreted a defense only force.

“I would like this to be a year in which public debate over a constitutional revision will be deepened further,” said Abe.

Last month, Japan approved the largest defense budget ever — hitting $46 billion. The mark is a 1.3 percent increase from last year and the sixth year of raises. The country has also considered building aircraft carriers.

In a New Year’s Day speech, North Korean leader Kim Jong Un made an overture to South Korea, suggesting talks ahead of the Winter Olympics, held in South Korea in February. Kim intimated the possibility of his country sending a delegation to the Olympics. The two nations opened up talks on a hotline Wednesday.

United States military warned against hopes being too high, however.

“We must keep our expectations at the appropriate level,” said the chief of United States Forces Korea Vincent Brooks in a speech this week.

North Korea maintained its usual tough rhetoric against the U.S., which President Donald Trump mirrored in a caustic tweet Tuesday.

“North Korean Leader Kim Jong Un just stated that the ‘Nuclear Button is on his desk at all times.’ Will someone from his depleted and food starved regime please inform him that I too have a Nuclear Button, but it is a much bigger & more powerful one than his, and my Button works!” the president tweeted.

The White House doubled down on the tweet Wednesday, with Press Secretary Sarah Huckabee Sanders saying Americans should be worried about Kim’s mental fitness and not Trump’s.

Thursday morning Trump countered previous statements about talks with North Korea being a “waste of time” by calling them “good” on Twitter.

“With all of the failed ‘experts’ weighing in, does anybody really believe that talks and dialogue would be going on between North and South Korea right now if I wasn’t firm, strong and willing to commit our total ‘might’ against the North. Fools, but talks are a good thing!” tweeted the president.