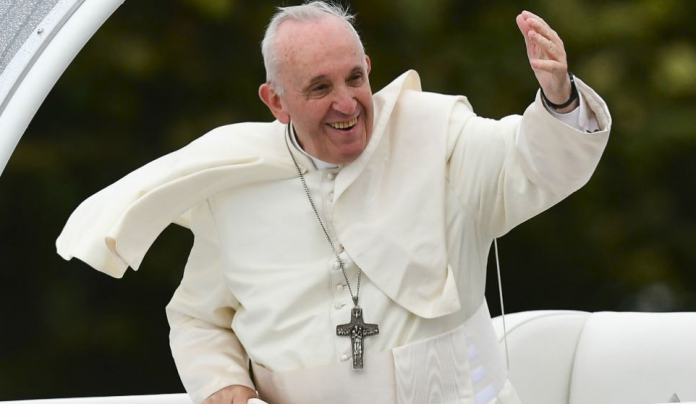 In a move that many have interpreted as a shot across the bow of President Trump, Pope Francis has upped his globalist-leaning interventionism by donating $500,000 to help Central American migrants stranded in Mexico as they try to reach America.

The money is from church collections from around the world and is intended to help 75,000 people who arrived in Mexico to find passage to America.

RT reports that The Catholic Church’s Peter’s Pence Fund said in a statement that aid to migrants by governments and private individuals has dropped as global media coverage of the crisis decreased.

“All these people were stranded, unable to enter the United States, without a home or livelihood,” Peter’s Pence said.

“The Catholic Church hosts thousands of them in hotels within the dioceses or religious congregations, providing basic necessities, from housing to clothing.” Many have interpreted this move as retaliation after Trump cut all aid to Guatemala, Honduras and El Salvador last month, accusing the Central American countries of not doing “a thing for us.”  Pope Francis recently spoke out against governments that build walls to keep out migrants, saying: “Those who build walls will become prisoners of the walls they put up.”