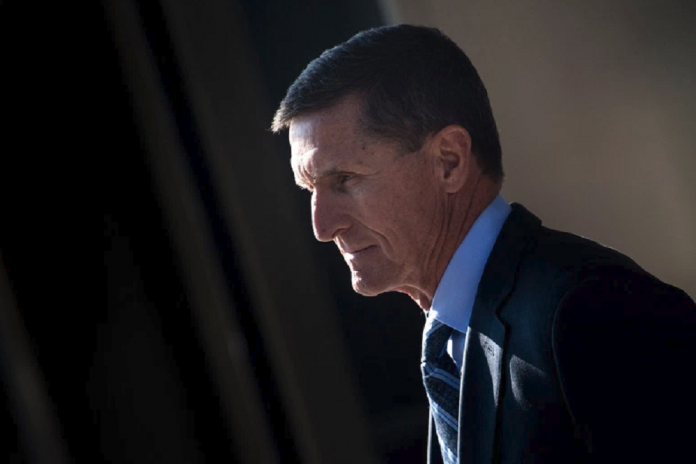 In a newly unredacted filing from prosecutors related to Flynn’s sentencing – originally submitted to a federal judge in December – Mueller’s team revealed that Flynn assisted Mueller’s investigation of efforts by President Donald Trump and his allies to thwart Mueller’s probe.

“The defendant informed the government of multiple instances, both before and after his guilty plea, where either he or his attorneys received communications from persons connected to the Administration or Congress that could’ve affected both his willingness to cooperate and the completeness of that cooperation,” according to the newly revealed portion of the filing. “The defendant even provided a voicemail recording of one such communication.”

Though Mueller’s report spelled out potential efforts by Trump allies to discourage Flynn from cooperating with Mueller, the report is silent on any of those efforts arising from Capitol Hill.

Mueller’s report refers to a voicemail left by an attorney to Trump, shortly after Flynn withdrew from a joint defense agreement with Trump. In the voicemail, the attorney suggests that Trump still has warm feelings for Flynn.

“On November 23, 2017, Flynn’s attorneys returned the call from the President’s personal Counsel to acknowledge receipt of the voicemail,” according to the report. “Flynn’s attorneys reiterated that they were no longer in a position to share information under any sort of privilege. According to Flynn ‘s attorneys, the President’s personal counsel was indignant and vocal in his disagreement.”

In the newly unsealed filing, prosecutors used Flynn’s cooperation on the obstruction probe to argue for reducing his potential sentence, which is still pending before Judge Emmett Sullivan.

The unsealed portion of the filing also details Flynn’s efforts to aid Mueller’s investigation of the Wikileaks email dumping operation. Mueller’s team indicated Flynn provided “statements made in 2016 by senior campaign officials” that included discussions of the possibility of reaching out to WikiLeaks.

Flynn pleaded guilty to making false statements to the FBI in December 2017 about his conversations with the Russian ambassador during the run-up to Trump’s inauguration. Citing his extensive cooperation, Mueller’s team recommended that Flynn face little to no jail time for his offense.

Flynn has largely enjoyed the continued support of Trump allies, who have turned on other witnesses that worked closely with Mueller.