Home Bible Prophecy Putin signals he will support Iran against US 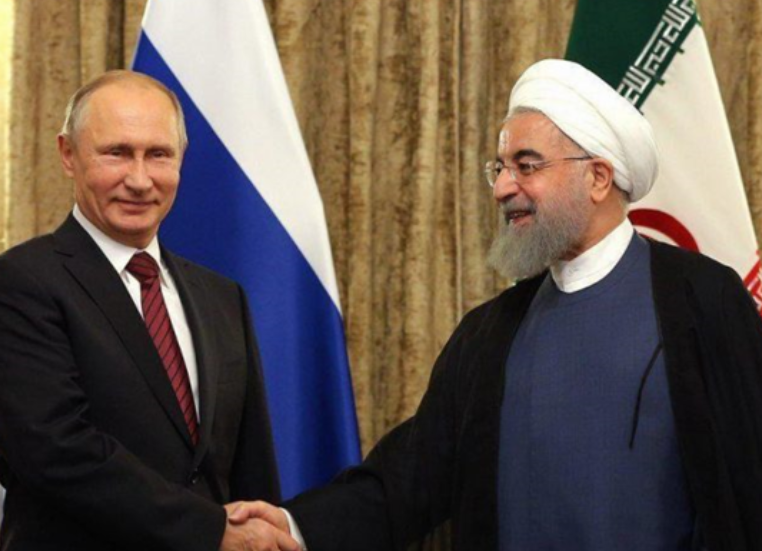 Russian President Vladimir Putin is heading to Iran to sign a joint statement with the country’s leaders Wednesday, Moscow said — a move that signals the Kremlin is prepared to remain close to the increasingly isolated state, The Kremlin told CNBC on Wednesday.

Putin is due to meet Iranian President Hassan Rouhani and the country’s Supreme Leader Ayatollah Ali Khamenei with talks expected to deepen the countries’ economic and political ties. Azerbaijan’s President Iham Aliyev will also be present at the meetings.

The meeting was at Rouhani’s invitation and was the second time that the presidents had met, their last get together being in August 2016 when a trilateral summit was held in Baku, Azerbaijan.

The topics for discussion will range from trade and economic cooperation to political issues, including the “the fight against terrorism, drug trafficking and discussions on regional conflicts,” the Kremlin said in an emailed statement.

Energy links, transport and the Resht-Astara railway route, part of the international North-South transportation corridor, would also form part of the talks.

Moscow said the leaders would sign a joint statement later Wednesday, signalling that deals could be agreed.
Nuclear deal

The visit comes at an interesting time for Tehran, given its considerable isolation in the Middle East and uncertain position on the world stage after U.S. President Donald Trump threatened to renege on an international nuclear agreement with Iran.

The 2015 nuclear pact was reached between Iran and the U.S., U.K., Russia, China, France and Germany and heralded a rapprochement between ISIS and the West; it was a landmark achievement of former U.S President Barack Obama. Iran agreed to limit its nuclear energy program in return for the lifting of international sanctions that had crippled its economy.

Trump has since accused Iran of violating the terms of the agreement and said it does not serve U.S. national interests and in October threatened to disavow the deal.

Still, Russia appears ready to defend Iran, a country that it has links to beyond the nuclear deal, having allied with Tehran in terms of military support for Head of Syrian regime Bashar al-Assad.

Earlier in October, Putin said he would support Iran’s nuclear deal even if the U.S. withdrew its support, saying that it was not for Russia to decide whether Iran was complying with the deal but for the International Atomic Energy Agency.

Ryabkov told reporters Wednesday that the responsibility for any possible collapse of the deal would lie entirely with the U.S.

“The situation is deteriorating, as the sentiment in the U.S. Congress is highly anti-Iranian,” he said.