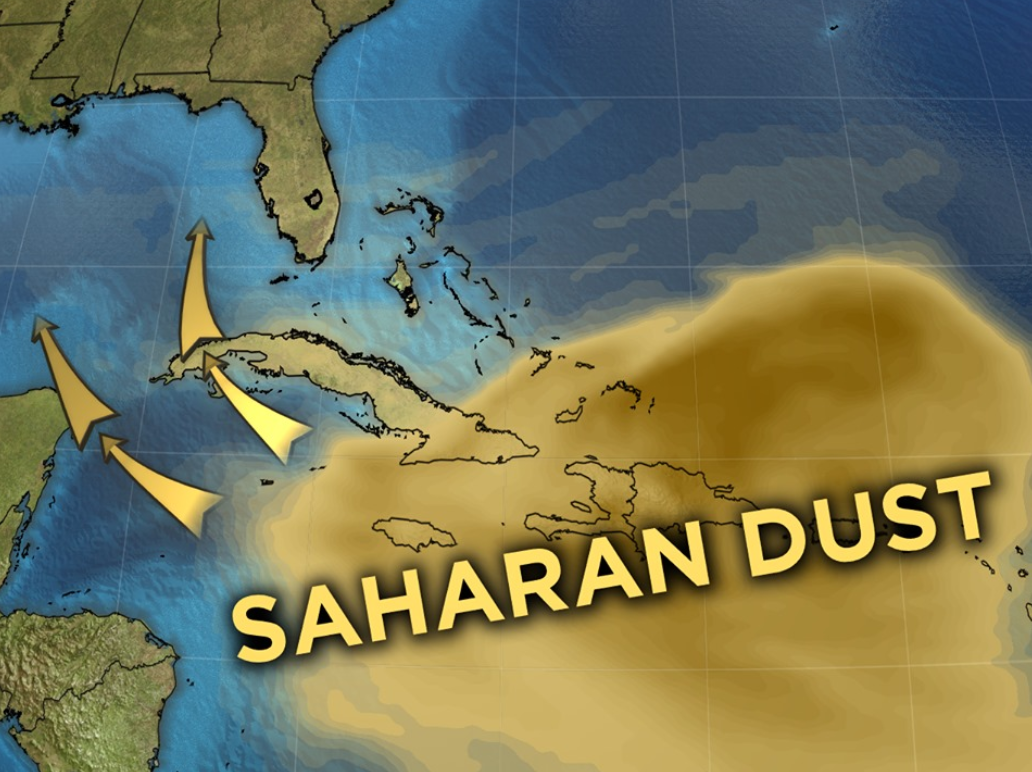 Dust from the Sahara Desert has surged into the Caribbean and may funnel its way toward the Gulf Coast of the United States this weekend. And that’s an amazing 5,000-mile-long journey!

Known as the Saharan Air Layer (SAL), this dry dust plume commonly forms from late spring through early fall, moving out into the tropical Atlantic Ocean about every three to five days, according to NOAA’s Hurricane Research Division (HRD).

The HRD says the SAL is typically located between 5,000 and 20,000 feet above the Earth’s surface. It is transported westward by bursts of strong winds and tropical waves located in the central and western Atlantic Ocean at altitudes between 6,500 and 14,500 feet.

Saharan dust tracks as far west as the Caribbean Sea, Florida and the Gulf of Mexico each year – a 5,000-mile-long journey. The dust particles can contribute to hazy skies at times during the summer in the Caribbean Islands, South Florida, the Florida Keys and the U.S. Gulf Coast. NASA says the dust can also lead to the creation of toxic algal blooms in the Gulf of Mexico.