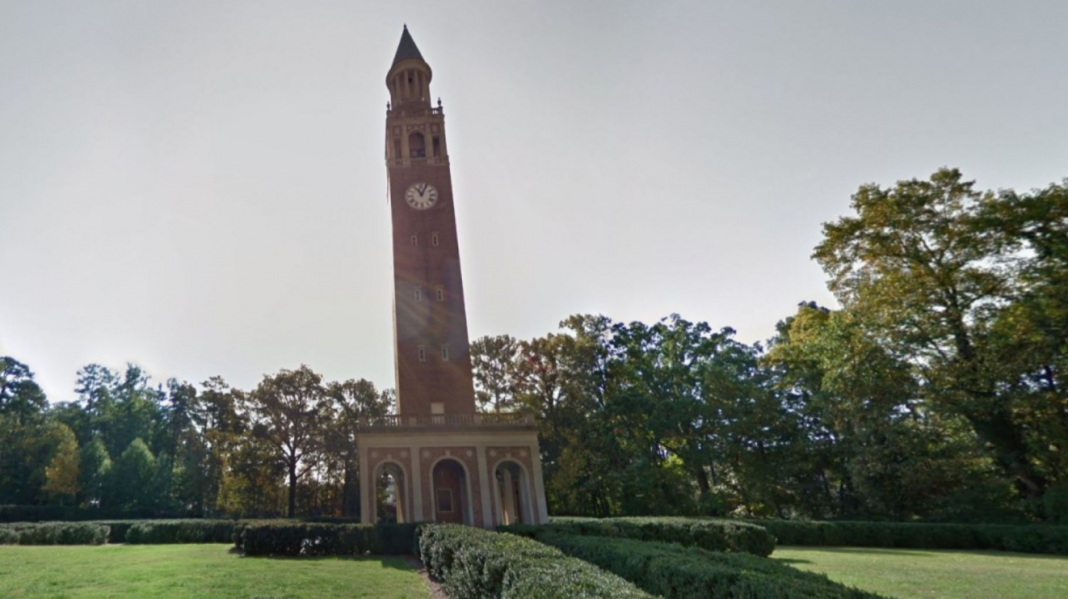 A former University of North Carolina student who reportedly stripped down, yelled “Hail Satan!” and tried to blow up the college’s “Tree of Knowledge” on Thursday, ended up instead burning a professor who tried extinguishing the flames howling from the Davie Poplar, cops said.  Prof. Dan Reichart sustained burns to his face and arms when he tried stomping out the flames on the tree — before it exploded, a heroic attempt caught on video.  “I was an Eagle Scout as a kid, so I’ve had lots of experience with fires, and I didn’t think this one was too big to kick out,” Reichart told ABC 11. “I tried but it grew very quickly, and then it exploded — I would never have approached it had I suspected there was an explosive device in there.”  UNC Police took a former student, 24-year-old Joshua Daniel Edwards, into custody. The Orange County District Attorney’s Office confirmed Edwards was transported to a hospital for a mental evaluation. No charges have been filed against Edwards, UNC officials said.

Will Freeman, a student at the college, said he witnessed the suspect near the tree before the fire burned.

“I was standing right there,” Freeman said. “It burnt like alcohol or lighter fluid. So it was just there and gone really fast and he backed up and fell to the ground and just had some first- and second-degree burns.”

Carrboro police were discharged to the school to investigate a suspicious vehicle. A bomb squad and robot were deployed but found nothing in the car.

WRAL reported the tree sustained about $100 worth of damage and was considered a school landmark. Revolutionary War General William R. Davie selected the site for the college on the spot where the poplar stands, thus giving the tree its name.