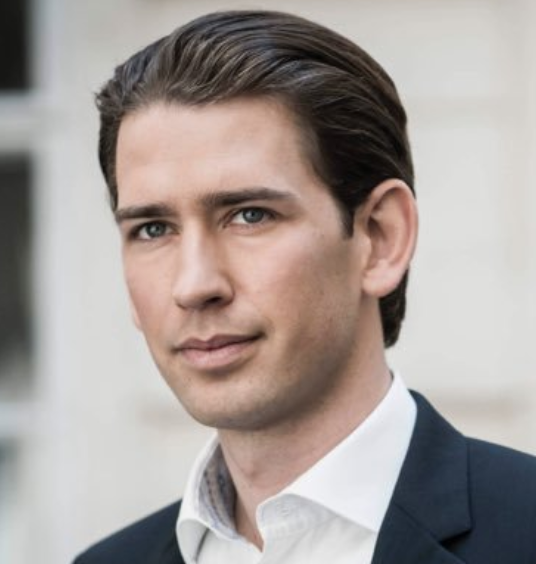 Just months after France made history by electing a President in his thirties, Emmanuel Macron, yet another European nation is also poised to also put a young leader in charge.

Thirty-one year old Sebastian Kurz, leader of Austria’s center-right People’s Party (OVP), is on track to win Sunday’s national elections. In doing so, he will become the only millennial serving as the elected leader of a nation on the world stage. But the path Kurz is taking to his nation’s highest office looks quite different from that of Macron, and highlights just how important populism has become these days to forming political coalitions that include the young.

For those in America just hearing of Kurz for the first time, it may be helpful to think of Kurz’s political history as the equivalent of someone going from national College Republicans chair to becoming Secretary of State, all in extremely short order. Kurz’s rise to power began through his work with the youth wing of the OVP and it is fair to say he made waves early on, rising rapidly through the ranks of his party. (The jaw-dropping opening of this Foreign Policy explainer on Kurz — it involves something called a “Horny-mobile” — is hard to imagine in American politics, especially coming from the center-right.)

What separates Kurz from many of the other younger world leaders — the Macrons and Justin Trudeaus — is that Kurz does not shy away from being firmly on the Right. Indeed, upon Macron’s election, Kurz tweeted his congratulations but in doing so made clear he viewed the result as a rejection of the left wing.

In the United States, it is unmistakable that young people have broken away from the political right and have gravitated to more leftist-populist figures like Bernie Sanders. In the U.K., young voters have swung hard toward Jeremy Corbyn’s unsettling brand of leftist populism, with the most recent British elections exhibiting a generation gap unseen since at least the 1980s. In France, despite the youth of Emmanuel Macron, young voters in the nation’s first round presidential election gravitated toward the populist left, with the 66-year old Jean-Luc Melenchon (a sort of Bernie Sanders-esque figure for France) performing best among the young.

Also performing fairly well with younger voters in that first round? Marine Le Pen, the far right populist. And while Macron trounced Le Pen in France’s general election, her appeal was greater among the under-50 set than with older voters, inverting the pattern that showed young people rejecting the populism of the right in both the Trump and Brexit elections. In the 2016 Austrian presidential elections, while the candidate of the far right performed worst with young women, he won a sizable majority of men under the age of 30.

In conversations and correspondence with those familiar with Austrian politics, the question of whether or not Kurz can be rightly described as a “populist” is a thorny one. His rise is attributed in part to his ability to draw support from voters who might otherwise be drawn to Austria’s right-wing Freedom Party (FPO) by speaking to their concerns about lax enforcement of border security while keeping distance from the far right’s more disturbing anti-Islam views. However, where populist movements often dabble in leftist economics, Kurz has eschewed that tactic. Indeed, while Marine Le Pen was a vocal opponent of austerity measures, Kurz has signaled openness to spending cuts as well as tax cuts.

If Kurz is victorious, and polls suggest it is likely he will be, the question will be answered in how governs with a coalition that is likely to fuse his center-right party to the FPO. The center-left, which currently leads Austria’s government, has cratered in the polls. This is in part due to domestic political controversy rather than simple ideology, but disillusionment with the centrist coalition government is what led Kurz to call for elections in the first place.

With the center-left cratering across Europe, most young people have gravitated to far-left leaders or far-right leaders who nonetheless flirt with populism and leftist economics. (Germany’s recent elections proved an exception to the trend, with center-right Angela Merkel faring well with the young as they fled the center-left.)