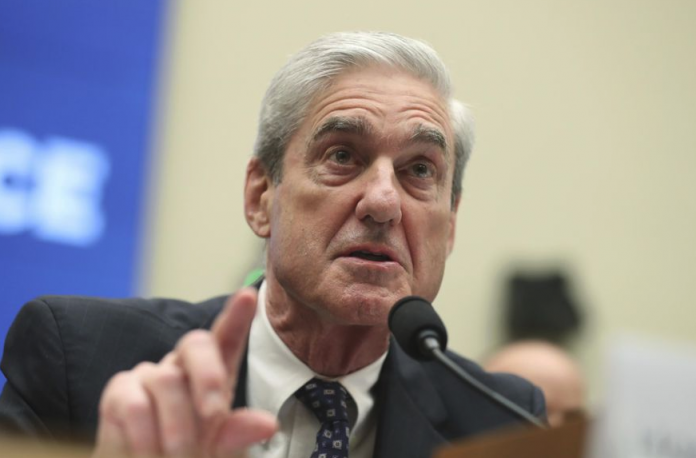 Republicans had expected former special counsel Robert Mueller’s feeble testimony and some even strategized around it as they prepared their questions, Rep. Matt Gaetz said Thursday.

A day after Mr. Mueller’s appearance before Congress, described by some as “befuddled” and by others as a “disaster” for Democrats, the Florida Republican said the 74-year-old prosecutor’s health was a hot topic in prep sessions.

“There were some House Republicans in our prep sessions patting themselves on the back about that and feeling optimistic about assertions he might not be all there,” Mr. Gaetz told The Washington Times.

He said he didn’t believe those colleagues and warned them to expect a razor-sharp witness, but “it turned out the rumors we’ve been hearing about his condition seemed accurate.”

“I told my colleagues to expect him to be like a wolverine and they’d better know every chapter and verse and citation for every question,” he said.

Senate Judiciary Committee Chairman Lindsey Graham, a South Carolina Republican who wasn’t part of the questioning of Mr. Mueller, said he was aware of the lawyer’s frailty ahead of the hearing.

“I know he’s in a weakened condition,” Mr. Graham told The Times.

He said the Democrats never should have pressured Mr. Mueller to testify, given “his condition.”

“He’s an American patriot. He was wounded in Vietnam. He served as FBI director after 9/11. I am very upset that [Democrats] would put him in that spot. It was clear to me based on common friends that he’s in a weakened condition, and what happened was really over the top,” Mr. Graham said.

Many Democrats had hoped Mr. Mueller would seal the case for impeachment against President Trump with commercial-ready sound bites about corruption and obstruction of justice.

Instead, the former FBI director and prosecutor stumbled over his lines, seemed unfamiliar with his own 448-page report and repeatedly had to be guided by his questioners.

Jim Popkin, a spokesman for Mr. Mueller, declined to comment on his boss’ testimony Thursday.

Rep. Steve Chabot, an Ohio Republican who questioned Mr. Mueller in his morning appearance before the House Judiciary Committee, said Thursday that he wasn’t aware of the conversations regarding Mr. Mueller’s health.

He was surprised that Mr. Mueller struggled to answer a question about Fusion GPS, a company paid by the Democratic National Committee and the Hillary Clinton campaign to conduct opposition research on Mr. Trump.

Fusion GPS paid Christopher Steele, the former British spy who compiled the salacious and largely unproven dossier that fueled much of the Trump-Russia speculation around the 2016 election and its immediate aftermath.

Mr. Mueller said he was “not familiar with Fusion GPS,” even though it was mentioned in his report.

“It wasn’t a trick question,” Mr. Chabot told The Times.

Rep. Doug Collins of Georgia, the top Republican on the House Judiciary Committee, denied that knowledge of Mr. Mueller’s health played a part in his party’s preparations for the session.

Putin Says Russia Has Weapons the US Doesn’t-China prepares for War-Gaza...