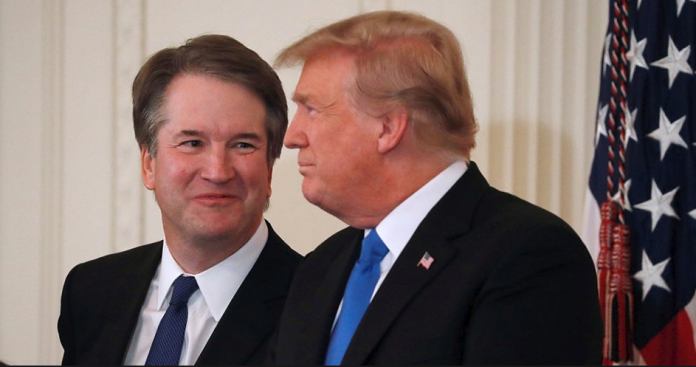 President Donald Trump’s appointee Brett Kavanaugh consistently delivered during his first term as a justice for conservatives who had hoped he would move the U.S. Supreme Court further to the right while still managing to keep a low profile following his acrimonious Senate confirmation process.

As the top U.S. judicial body wrapped up nine months of work on Thursday, Kavanaugh’s record showed he was in lockstep with the court’s four other conservative members. At least based on his first term, Kavanaugh showed himself to be more reliably conservative than the justice who Trump appointed him to replace, Anthony Kennedy, who sometimes sided with the court’s liberal bloc on issues including abortion and gay rights.

The term’s last day illustrated that well, with Kavanaugh firmly in the conservative camp in the two biggest rulings of the year. He and the other conservative justices, with the four liberal justices in dissent, delivered a 5-4 ruling that dealt a major blow to election reformers by refusing to curb politically inspired electoral district manipulation, called partisan gerrymandering.

In another 5-4 ruling, conservative Chief Justice John Roberts – who now occupies the court’s ideological center amid its rightward shift – joined the liberal justices in putting the brakes on Trump’s plan to add a contentious citizenship question to the 2020 census, but Kavanaugh joined the other three conservatives in dissent.

In other closely divided cases, Kavanaugh dissented in February when the court refused on a 5-4 vote to let a Louisiana restriction on abortion clinics to take effect. The same month he voted with the conservative majority to allow a Muslim prison inmate in Alabama to be executed without an imam present in the execution chamber over the dissent of the four liberals.

Only once did Kavanaugh break with his four conservative colleagues to side with the liberals, though that was in a major business case in which the court ruled 5-4 to allow antitrust claims against Apple Inc to move forward.

Ilya Somin, a law professor at George Mason University’s Antonin Scalia Law School in Virginia, said most of Kavanaugh’s votes were predictable based on his prior record as a judge on the federal appeals court in Washington.