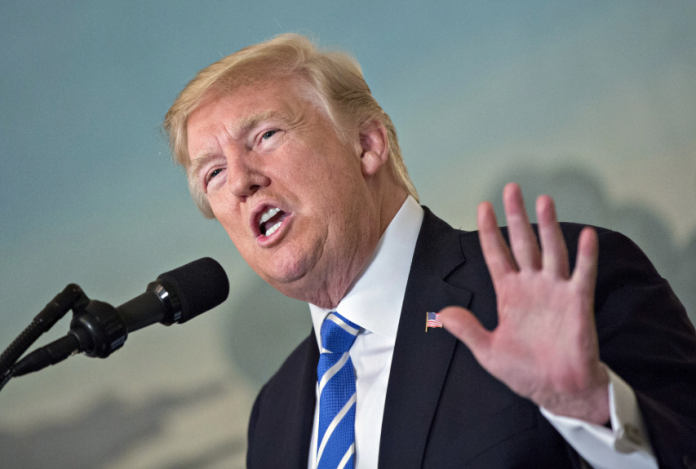 President Donald Trump has condemned social media censorship in the wake of Facebook’s lifetime ban on several prominent conservative commentators, warning the platforms he is “monitoring and watching” them.

“I am continuing to monitor the censorship of AMERICAN CITIZENS on social media platforms,” Trump tweeted on Friday, putting Facebook and other sites on notice. “This is the United States of America – and we have what’s known as FREEDOM OF SPEECH!”

Trump’s warning echoed the words of his son Donald Trump Jr., who called on conservatives to “fight back” against Big Tech’s “next level” censorship, in a tweet posted earlier on Friday.

The president specifically mentioned Hollywood star James Woods and Infowars’ Paul Joseph Watson as two “Conservative thinkers” he was “surprised” to see banned from social media platforms. While Woods’ Twitter page has not been removed, his last tweet was posted over a week ago and many, including his girlfriend, have speculated that he has been banned.

Facebook banned Alex Jones, Milo Yiannopoulos, Laura Loomer, and a handful of other popular conservative figures – plus Louis Farrakhan – on Thursday, citing its policy on “dangerous individuals and organizations.” The platform announced it will remove even groups and events promoting content from the banned users.